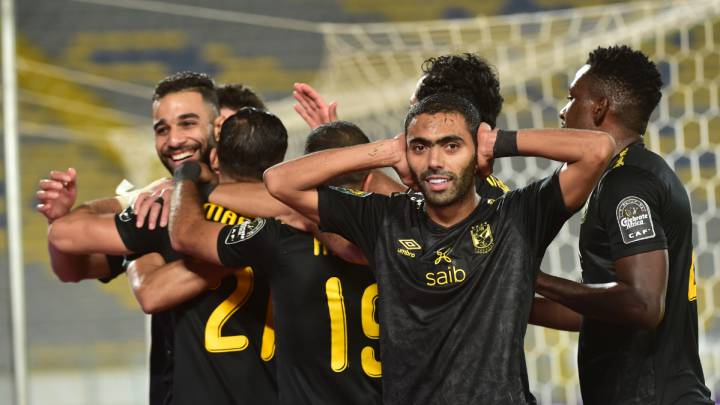 Egyptian giants Al Ahly secured a big advantage over Wydad Casablanca in the African Champions League semi-final on Saturday with a 2-0 win in the first leg in Morocco.

Ahly stunned the hosts with a goal after just four minutes in Casablanca when Magdy Afsha pounced on a defensive slip to put his side ahead.

Wydad missed a good chance to equalise when they were awarded a spot-kick just before the break only for Badie Aouk’s tame shot to be saved by Ahly keeper Mohamed El-Shennawy.

The visitors then doubled their lead in the second half with experienced Tunisia international Ali Maaloul scoring from the penalty spot.

Ahly, who have won the title a record eight times, are now in a strong position to reach the final going into the second leg in Egypt next weekend.

This was the first major test for Ahly’s new coach Pitso Mosimane after two victories and a draw in the Egyptian Premier League since he replaced Swiss Rene Weiler at the helm.

The first leg of the other semi-final is also being played in Casablanca on Sunday night between newly crowned Moroccan champions Raja Casablanca and Zamalek of Egypt.

The semi-finals mark a return to continental club football competition in Africa for the first time since the Covid-19 lockdown.

On Friday, the Confederation of African Football (Caf) said a draw was held where Egypt had won the right to host the final should it feature one team from Morocco and one team from Egypt.

DISCLAIMER: The Views, Comments, Opinions, Contributions and Statements made by Readers and Contributors on this platform do not necessarily represent the views or policy of Multimedia Group Limited.
Tags:
Al Ahly
Caf Champions League
Wydad Casablanca