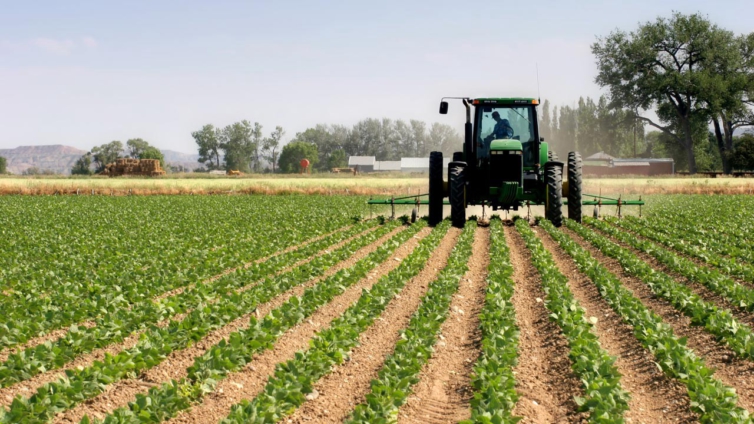 African farmer Patience Koku says it’s about time farmers in the developing world were given access to the kinds of improved seeds and innovations that have helped their colleagues in developed countries have productive and high yielding farms.

Speaking during a Cornell Alliance for Science live session, she said “the focus should be how we can get farmers all over the world to get access to the types of seeds that allow farmers in some countries to produce 14 tons per hectare, whilst others are still grappling with 1 ton per hectare.”

The AfS live session to mark International Seed Day / World Intellectual Property Day was on the theme: “Seeds: Who should decide what the farmer grows?”

Koku who farms 500 hectares of leased lands in the Kaduna State in Nigeria says farmers should be the ultimate decision makers – in collaboration with seed producing companies, whether small or multinational –  when it comes to deciding on seeds that should be grown.

“Seed is the foundation of everything we do as farmers. And it’s the beginning of what the end produce of food is… Farmers are no longer re-using seeds we have saved. We purchase seeds from seed companies. Farmers should have a choice to decide on what seeds they grow based on the different options before them which the seed companies are providing…

The chief executive officer of Replenish Farms says she has been a personal beneficiary of expanding access to improved seeds with Nigeria’s commercialization of genetically modified cotton, and wants to see other farmers benefit as well.

“I recently grew the GM cotton that was released in Nigeria… There is a bollworm that has destroyed our entire cotton industry in the past… If a farmer is spraying the farm 10, 15 and even 20 times in a year, how much money is that…? As opposed to the Bt cotton that I grew on my farm and we sprayed probably about twice… and it yielded, and we had multiple bolls…” she recounted.

26th April is celebrated every year by the United Nations as World Intellectual Property Day. The organic food movement and several food sovereignty championing groups have redefined the day as International Seed Day to promote seed sovereignty and advocate against commercialization of seeds.

Leonida Odongo, a social justice activist from Kenya who runs Haki Nawiri Afrika said it is time Africans returned to the use of “indigenous” seeds instead of the promotion of improved varieties and genetically modified seeds.

“In Africa, seed is cultural. These seeds have meaning. Seed is looked at as the future. Seed is equated to life. So, when we talk about seeds in Africa, we are talking about something important,” she observed.

Odongo claims indigenous seeds are currently under attack from multinational seed corporations promoting improved seeds. She says improved seeds are destroying African biodiversity and making farmers worse off economically. “In the past, we used seeds we had inherited from our grandmothers and grandfathers… I will always be in support of indigenous varieties. One, because of the cost aspect. When the farmer uses indigenous varieties, you don’t have to buy seeds. They only need to have the seeds. Farmers should be allowed to produce their own seeds…,” she said.

Clet Wandui Masiga, a conservation biologist and geneticist from Uganda says the claim that indigenous seeds on the African continent are under attack from plant breeders and seed companies cannot be accurate. “The thing farmers in Uganda for example call local varieties of maize is not local. Protein maize. It was original bred in Mexico by a CIMMYT scientist from India. And entered Africa through Ghana. It is called the protein maize. Then it spread. Now, farmers call that local maize variety. And I ask them what is local?

“Maize itself is not indigenous to Africa. It was indigenous to Mexico. It was just moved by explorers. But every generation that comes to find something think it is indigenous,” he adds.

“Improving the seed is not destroying biodiversity. By having improved seed, it means the farmer can produce more on a very small acre. He doesn’t have to go to destroy more forests,” he added.

Odongo is urging scientists to re-focus attention on dealing with food wastage instead of pushing for the use of improved seed varieties.

“What is bringing the food security challenges aspect is that there are very many losses at harvest time. Post-harvest loses are many. What scientists have to do instead of concentrating on seeds is they should be providing farmers with alternatives on how to preserve their crops,” she said.

But Koku and Masiga disagree, insisting other works along the value chain, including improving quality of seeds, are important.

DISCLAIMER: The Views, Comments, Opinions, Contributions and Statements made by Readers and Contributors on this platform do not necessarily represent the views or policy of Multimedia Group Limited.
Tags:
African Farmers
Farming
innovation