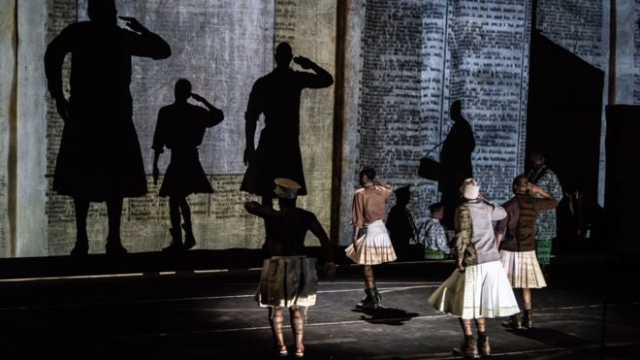 There have been many events to mark the centenary of World War One – but Africa has seldom rated a mention.

Yet as part of the war effort the colonial powers used hundreds of thousands of Africans as porters to carry heavy loads over huge distances.

Now a bold new theatre piece at Tate Modern in London is telling the story. 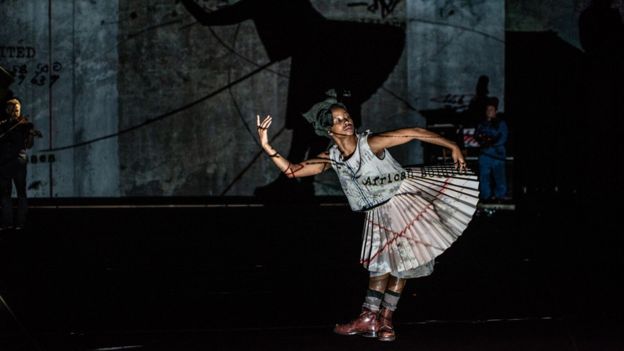 The work of South African artist William Kentridge has often seemed hard to classify, – he deals in a variety of drawings and animations, but The Head & the Load may be the least classifiable of the lot.

Composers Thuthuka Sibisi and Philip Miller have joined Kentridge to create an extraordinary work for actors and singers, which evokes a largely unknown episode of history.

William Kentridge says the number of Africans deployed on African soil in 1914-18 by the combatant nations of Europe was huge.

He tells the BBC: "Between one and two million Africans were involved in the First World War but few of them were soldiers as such. Primarily we're talking about porters, or carriers.

"The European war had a bigger echo in Africa than people realise because the combatants had their colonies." 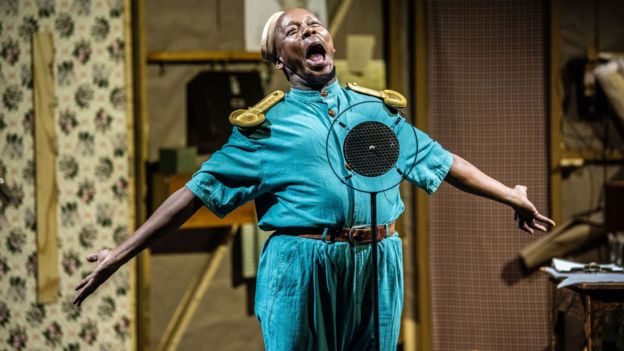 By 1914 Belgium, Britain, France, Germany, Italy, Portugal and Spain had all acquired lumps of Africa.

Britain and its allies were adamant that post-war Germany would lose its African possessions.

The new project's origins lay in Kentridge's lack of knowledge about this whole process, he admits. "I think white Africans of my generation grew up reading Wilfred Owen and All Quiet on the Western Front: it limited our image of the war."

Some of the most impressive sequences on stage evoke the porters delivering on foot whatever was needed to wage war. 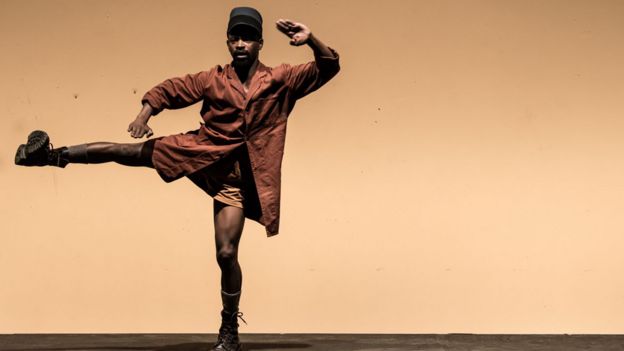 "Because of tsetse fly, beasts of burden couldn't be used. So instead of putting cannon on the back of mules they would be broken apart and put on the backs of men.

"To transport a boat where there was no railway line, it might be broken into thousands and thousands of constituent parts and then carried by human beings. The conditions black porters endured were hideous and the treks were lethal."

The project's co-composer and music director is Thuthuka Sibisi. He says the conflict between the European powers, and their encounters with African cultures, gives a rich musical palette to work with.

"It's a musical collage – or what at home we might call a mixed masala," he tells the BBC.

"Black soldiers were fighting for the British colonies – or for the Germans or the Belgians. So that's a very complex conversation which we refer to in music: things are forever looping back on themselves. 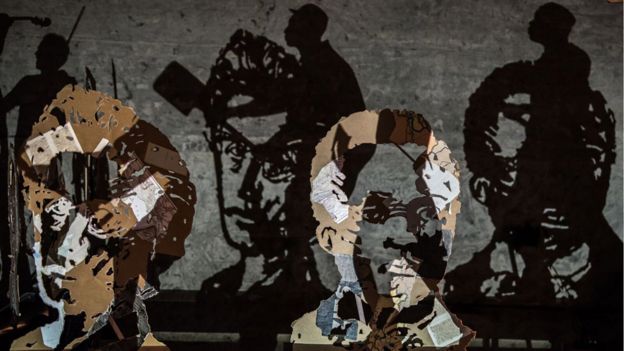 "You might have an African war-chant which is then infringed upon by Western modernism – or a beautiful waltz which might come from Vienna or Paris which has an African hymn coming across it."

Co-composer Philip Miller says they've had a wonderful field of creativity to play on. "We have moments where there are conversations between musical genres which are almost collisions."

Miller and Sibisi created a moving sequence where God Save the King is sung on stage – at first by solo soprano voice and then chorally.

"We decided we couldn't just have it as though we were standing in a cathedral in England. We pull it apart and turn it around and we end up with something like Maskandi (Zulu folk-music)."

The work will be seen in Germany and in New York, but William Kentridge says he's pleased the premiere is in one end of the huge Turbine Hall at Tate Modern. 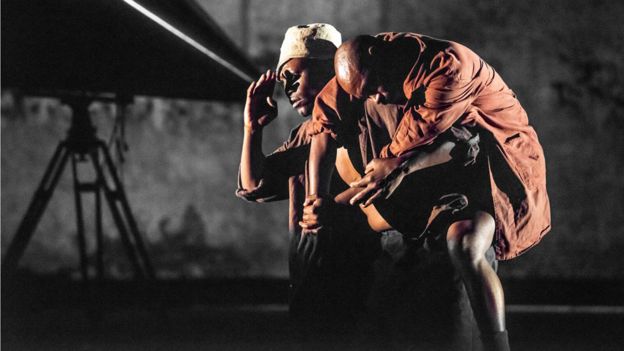 "The stage in London is 55 metres long so it's huge, but we have a big story to tell and partly it's about the long procession to war – so the shape is of use," he says.

The Tate Modern is often filled with the beauty of the human voice – but Kentridge says the events depicted stemmed from harsh political reality.

"There's a way in which for Africa the First World War was really a completion of the Conference of Berlin in the 1880s.

"That was when the European powers cut up Africa for their own ends. Then in World War One Germany was cut out altogether and we show some of that on stage."

It's been suggested that around 100,000 men died working as carriers for the Germans – and the same for the British. But there are no universally accepted figures. 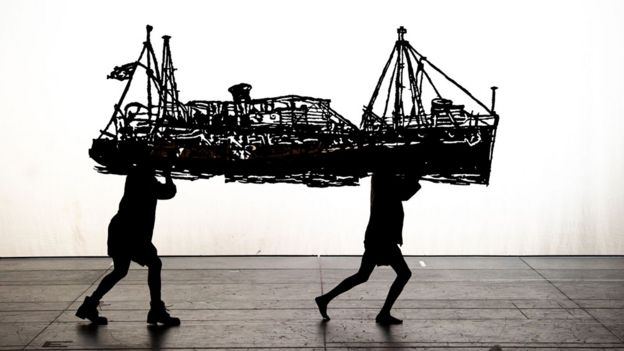 The piece shows that some hoped demonstrating loyalty during the war might bring steps towards independence at the war's end. It never happened – though one of the major characters we meet is the anti-colonial protester John Chilembwe.

William Kentridge says the real effect came well after the war. "Africa's leaders thought if they took part they would get more land-rights, be treated better and Africa would start to change.

"So there were just the earliest stirrings of Africa feeling it deserved better. In The Head & the Load we show that beginning – but there was a long road still to travel."

The Head & the Load is playing at Tate Modern in London from Wednesday to Sunday.