After years of drinking maggot-infested water, Promasidor builds borehole for villagers of Bontibor 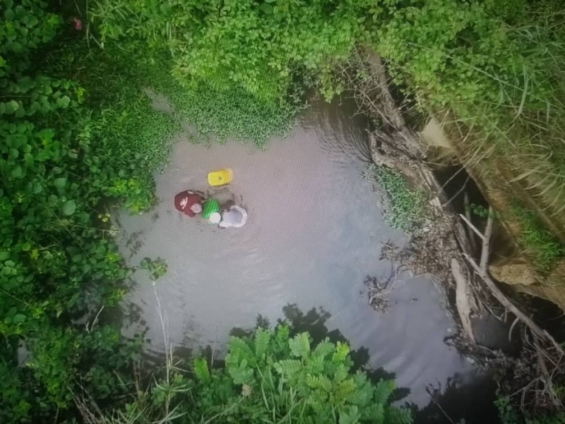 “We used to share the water with animals. We were seeing different types of snakes there. Cobras and many more,” says Forgive Kporgli, a 12-year-old who has lived in the small town of Bontibor all her life.

As a schoolgirl, Forgive speaks of days when she was punished in school by her teacher because she was late for school.

“By the time we get back from the stream and go to school we are already late,” she says.

Hers is one of many personal stories that the people of this small village in the Nkwanta South District of the newly created Oti Region have lived with for decades.

Today, things are not the same.

“We have been waiting for this for years. The people here needed water but we couldn’t provide them,” says Ameseji Justice who is Assembly Man for the area.

In 2019, Promasidor Ghana Limited, producers of Cowbell milk and other products, moved by a series of stories told on JoyNews about communities across the country battling water poverty, moved in to help.

Bontibor now has a borehole worth over ¢20,000 which has removed the burden of walking from the house to fetch water that is infested with maggots because it is untreated.

“We are grateful. We did not believe this could be done because we’ve had several promises in the past. Even from the government. None of them has happened,” Forgive says.

Promasidor, which is investing in this initiative as part of its 20th anniversary, wants to build at least ten of such boreholes in poor and vulnerable communities across the country.