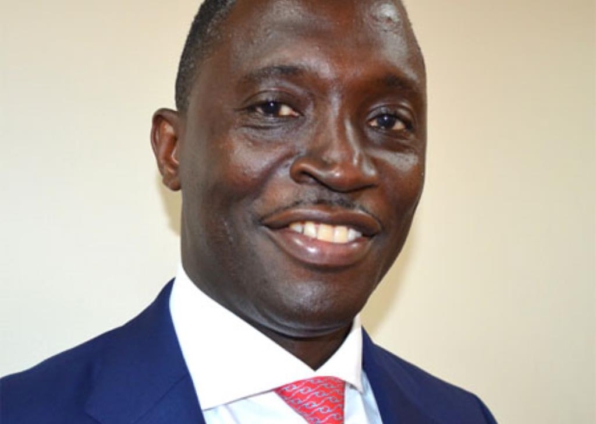 Deputy Finance Minister, Charles Adu Boahen says the selection of Kofi Osafo Maafo, son of Senior Minister Osafo Maafo was through a competitive process and not otherwise as some have suggested.

He said the selection process was done by Conferi, an internationally recognized global headhunting firm who had shortlisted the Senior Minister’s son through a rigorous process that lasted several months.

He said: “It was a competitive process. As I said we had a company by the name Conferi. Conferi is an internationally globally recognized headhunting firm that went through a very rigorous process over several months identifying professionals in the mining sector and who were shortlisted, interviewed by them; first phone interviews and in some case face-to-face interviews and then they sent to us a shortlist. “

Speaking on JoyNews’ PM Express, Tuesday, the Deputy Finance Minister said government wanted a well qualified Ghanaian at the helm of affairs of the Agyapa Mineral Royalties firm and that led to the selection of Kofi Osafo Maafo.

“And in fact, what we had insisted upon was that ideally we would like to have a Ghanaian at the helm of affairs.

“And we also were cognizant of the fact that to be able to we had to make sure that whoever it is was well qualified, had the right credentials, had the track record and experience in mining and gold and so could be able to really steer this company and give investors the confidence that they would need to be able to invest in such an entity,” he said.

He added that Conferi had also been hired to recruit members to form the governing board of the Agyapa Royalties firm.

“So in a summary, Conferi was engaged to do the whole recruiting process not only for all the positions but even for board members.”

The selection of Kofi Osafo Maafo had been greeted with a lot of opposition from Civil Society groups etc.

According to them, Kofi Osafo Maafo being the son of the Senior Minister, Osafo Maafo was not apolitical and thus could affect the running of the firm.

Others had insinuated that his selection might not have been through a competitive process and that he was most probably handpicked.

However, the Deputy Minister of Finance, Charles Adu Boahen denied those claims.

According to him, Kofi Osafo Maafo was selected not only through a competitive process, but also because he had the requisite experience and qualifications needed for the job.

He explained: “The fact that he was the only one who had actual direct experience as a research analyst and an investment manager in gold mining and in the energy sector.

“He’s had 25 years of experience on the investment banking and asset management side but more specifically, 18 of those years have been covering gold mining and energy stocks.

“And so he really understands what the investor is looking for, what they would like to see, and how to package and sell this opportunity. Essentially he used to be working on the side of the investors and we brought him on this side to be able to help us.”