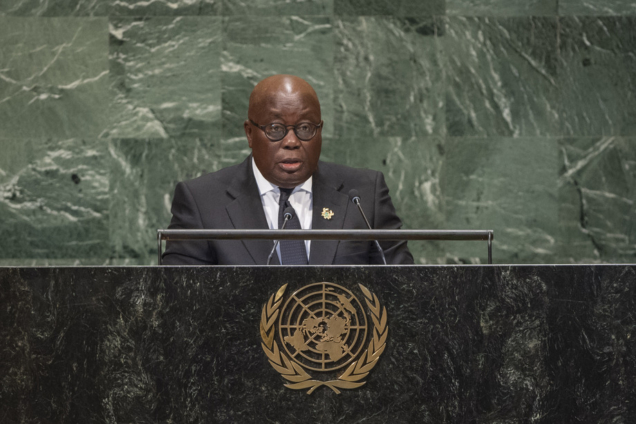 Akufo-Addo at a UN General Assembly

He will participate in the General Debate of the Assembly in his capacity as the President of Ghana.

The General Debate of the 77th session of the UN General Assembly started on Tuesday, September 20 on the theme, ‘A watershed moment: Transformative solutions to interlocking challenges.’

I will be addressing the 77th @UN General Assembly at 8:45pm today. #UNGA pic.twitter.com/FMi5ydDNQw

It is expected to end on Monday, September 26.

Among other thematic issues, the UNGA77 look at the war in Ukraine, the soaring energy and food prices, climate action and the Covid-19.

The Debate will also provide member states the opportunity to raise issues pertaining to priorities that are of national, regional and global nature.

About 157 heads of state and government representatives are expected to deliver speeches.