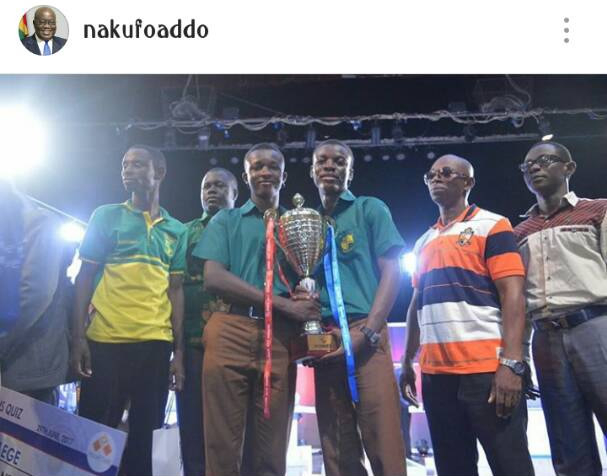 In an Instagram post Friday, the President said the now four-time champions were always favourites to win the trophy contested by 135 senior high schools across the country.

Prempeh College survived a late scare from St. Thomas Aquinas SHS to reclaim a trophy they lost to Adisadel College in 2016.

Adisadel College the defending champions were once again in the 2017 finals with Prempeh College and Aquinas.

But they settled for a third place after trailing the two schools in all five rounds.

This year's competition was severely hyped on social media where bragging rights were at stake among several rival schools.

The president appears to have been caught up in the excitement of the competition organised by Primetime Company Ltd.

He wished the other schools that competed for the coveted trophy better luck next time.