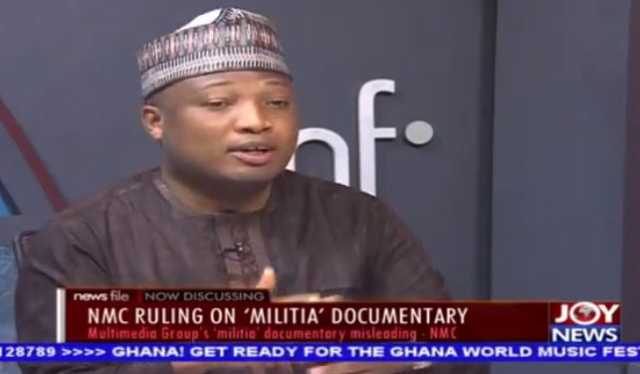 The Ranking Member on Parliament’s Foreign Affairs Committee has launched an attack on the government’s handling of a documentary by JoyNews.

According to Samuel Okudzeto Ablakwa, the haul of the media house to the National Media Commission feeds into the perception that the Nana Akufo-Addo-led government is becoming increasingly intolerant.

“And I believe same to be true,” the North Tongu MP said on news analysis show, Newsfile on JoyNews Saturday.

In the legislator’s view, the government should have called for a tête-a- tête with the management of The Multimedia Group in order to iron out their disagreements with the documentary.

He added that “government went too far in their pursuance of the case at the NMC although they are in their right to do so.”

Speaking on the substance of the NMC ruling, Ablakwa noted that the pronouncement of the Commission on the government’s case “leaves all of us in a state of confusion.”

Citing an example, he said the ruling says in part that – the presence of the De-Eye Group which was found by JoyNews to be operating illegally from the former seat of government, Osu Castle is problematic – is unclear.

“The NMC did not give us any reason for saying the group’s presence there is problematic,” Ablakwa noted.

However, TV Host, Randy Abbey who was also on the show noted that, the NMC’s case is of benefit to society going forward.

“This ruling no matter how you look it will help shape things,” Mr. Abbey said.

What did the NMC say?

A salient highlight of the NMC’s ruling is a denial of government’s request for a retraction and apology for the documentary.

The NMC also said that parts of the documentary were misleading although they said the group’s presence at the Castle is problematic.