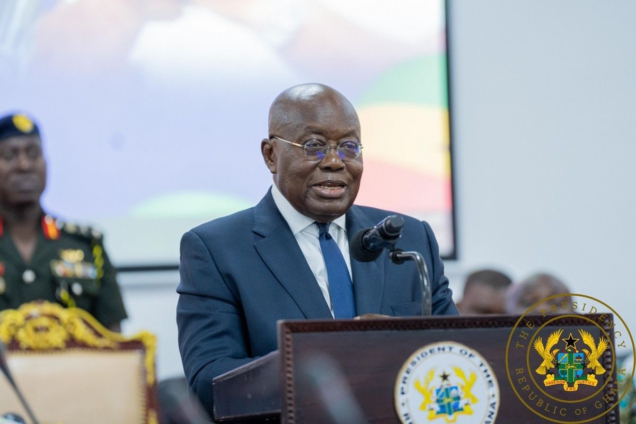 A Political Scientist, Dr. Amoako Baah has criticised President Akufo-Addo for his response to the people of Kwabre East in the Ashanti Region who threatened to vote against the NPP because their roads have not been fixed.

President Akufo-Addo while responding to the concerns said he is not threatened by their calls to vote out the NPP in 2024.

“No problem. I am saying people make those kinds of threats; me they don’t frighten me.”

“If you decide to vote for the NDC in the general election, it is your choice and that is not my problem. No one will force you to vote for someone,” he stated.

But Dr. Amoako Baah is outraged by the President’s comment.

Speaking in an interview on Top Story, Monday, he said the President ought not to have uttered such a comment.

According to him, Akufo-Addo is exhibiting such a ‘reckless’ attitude because he is not contesting for the 2024 election.

He said such utterances will ruin the chances of the NPP in the 2024 elections.

“This is not the first time the President has spoken this way and it is precisely because he is not running for re-election…what he is doing is endangering the fortunes of the NPP in 2024 as if he has no stake in it so he is saying anything. He said it several times, it is not good,” he told Ernest Manu.

He stressed that Akufo-Addo before becoming a President was calling for votes and for Ghanaians to try his governance and “this same person is the one talking like this now, it is not appropriate.”

It would be recalled also that President Akufo-Addo in October last year asked the Paramount Chief of the Aflao Traditional Area to “complete” the abandoned E-block community day senior high school in the area himself if he is frustrated about the delay.

Torgbui Adzonu-Gaga Amenya Fiti V on October 20, 2021 gave the government a four-month ultimatum to finish the building for use.

But reacting to the demand by the Chief on Accra-based Peace FM on Thursday, the President, amidst laughter, quizzed, “Is he the one going to give the Minister of Education an ultimatum? Then he should go and do it”

After the statement, President Akufo-Addo assured the traditional leader that his government is resolved to continue projects started by his predecessor.

DISCLAIMER: The Views, Comments, Opinions, Contributions and Statements made by Readers and Contributors on this platform do not necessarily represent the views or policy of Multimedia Group Limited.
Tags:
Akufo-Addo
Dr. Amoako Baah
Kwabre East District
Roads