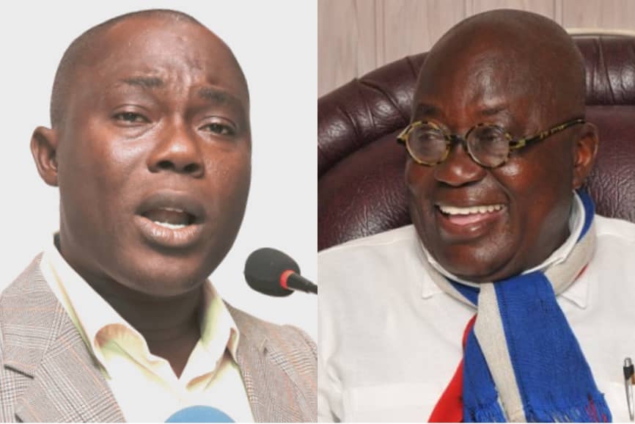 A senior lecturer at the University of Ghana, Professor Ransford Gyampo, says President Akufo-Addo is gradually losing his grip on the ruling New Patriotic Party (NPP).

According to the political scientist, the President’s influence in the party looks diminished in the light of recent events.

Speaking on the back of a petition by some NPP MPs for the Finance Minister to be sacked, he stated that the move by the MPs does not augur well for the fortunes of the NPP in its quest to retain power.

He noted that the inability of the President to stop the MPs from making their intentions public, shows his weakening hold on the NPP.

If that is not the case, the plan to do this to the President, I don’t think was hatched yesterday. It’s something that I’m sure those who do it have been planning for long”, he told Mapitso Sebidi on JoyNews.

NPP MPs numbering about 80, held a press conference on Tuesday to impress on the President to relieve his cousin of the responsibility of managing the national purse or risk losing their support for government business going forward.

“Notice is hereby served that until such persons as aforementioned are made to resign or removed from office, we members of the Majority caucus here in Parliament will not participate in any business of government by or for the President [or] by any other minister”, he added.

Meanwhile, some Ghanaians have expressed concerns about the absence of leading NPP MPs in the call for the Finance Minister to be sacked.

Front line MPs such as the Majority Leader, Osei Kyei-Mensah-Bonsu, Alexander Afenyo-Markin, Kojo Oppong Nkrumah and other leading MPs were absent at this morning’s press conference where the NPP MPs called for the Finance Minister’s dismissal.

This has therefore raised doubts about the genuineness of the call; with some describing it as a mere political gimmick, aimed at calming down Ghanaians amidst the current economic crisis.

DISCLAIMER: The Views, Comments, Opinions, Contributions and Statements made by Readers and Contributors on this platform do not necessarily represent the views or policy of Multimedia Group Limited.
Tags:
Akufo-Addo
Ken Ofori-Atta
Majority caucus
NPP
Parliament
Professor Gyampo