Akufo-Addo is not perfect; but response to Anas exposé commendable – Dr Stephen Amoah 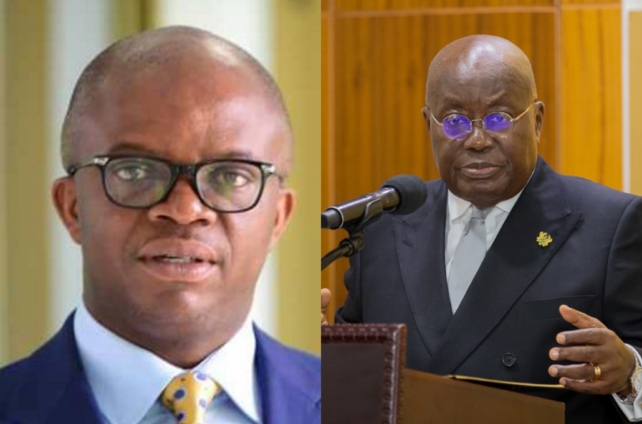 According to the MP, even though the President is not perfect, his reaction to the investigative piece by the Tiger Eye Pi team is worthy of commendation.

Speaking on NewsFile on Saturday, the NPP lawmaker said contrary to certain criticisms about the President’s response to the exposé, Akufo-Addo did well in the circumstances.

Lauding the President, he indicated that the battle against corruption has been on for years, and therefore the President’s decision to sack an appointee named in a corruption scandal is deserving of acknowledgment.

“I think the President has rather demonstrated a leader’s position and style that has to be commended.

The comments by the member of Parliament, follow the President’s sacking of the Minister of State at the Ministry of Finance, Charles Adu Boahen.

Earlier this week, the Harvard scholar was shown the exit door, after he was mentioned in the latest Ana’s exposé, as a facilitator of shady deals, using the name of the Vice President.

Few hours after a trailer of the exposé was published, the President, through his Director of Communications at the Presidency, Mr Eugene Arhin, announced Mr. Adu Boahen’s dismissal.

In the letter announcing his dismissal, the President thanked him for his ‘strong services’, and ordered the Special Prosecutor to investigate the said allegations.

But while many, including the Nhyiaeso MP, Dr Stephen Amoah have commended the President, others have expressed their lack of confidence in the outcome of the investigations.

According to the critics, Adu Boahen’s dismissal is much ado about nothing.

Meanwhile, the Office of the Special Prosecutor says it will probe the allegations and get to the bottom of the matter.

DISCLAIMER: The Views, Comments, Opinions, Contributions and Statements made by Readers and Contributors on this platform do not necessarily represent the views or policy of Multimedia Group Limited.
Tags:
Akufo-Addo
Anas Exposé
Dr Charles Adu Boahen
Dr Stephen Amoah
Office of the Special Prosecutor