Akufo-Addo was instrumental in Apraku's appointment at ECOWAS - MyJoyOnline.com

Akufo-Addo was instrumental in Apraku’s appointment at ECOWAS 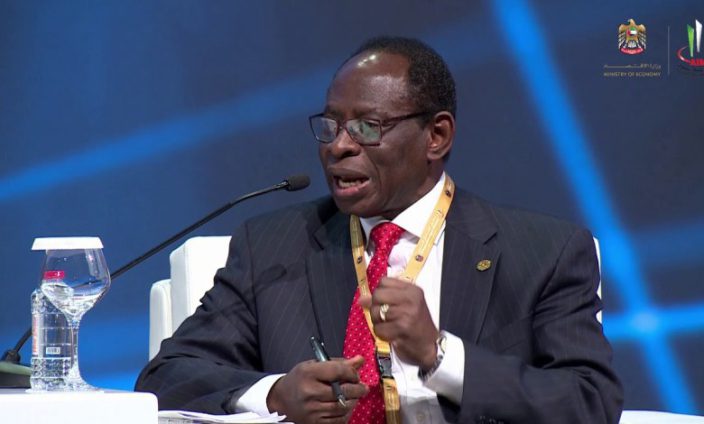 A source close to the President has revealed that Nana Akufo-Addo played an instrumental role in the appointment of Dr Kofi Konadu Apraku as a Commissioner at the Secretariat of the Economic Community of West African States (ECOWAS).

According to a report by Accra-based Asaase Radio, the source noted that the President “supported and engineered” Dr Apraku’s appointment at ECOWAS.

This comes after Mr Apraku in an interview on Asempa FM said that he “waited in vain for an appointment” from President Akufo-Addo, and when it failed to happen, he “jumped at an opportunity to work as a Commissioner with ECOWAS.”

“His claims in his interview, which suggests that he did not receive any support from President Akufo-Addo and his government, cannot be accurate,” the source told Asaase Radio.

Dr Apraku is a politician aligned to the ideologies of the governing New Patriotic Party (NPP) and an economist.

In 2007, he was among 17 persons who contested for the flagbearship position of the party and lost to President Akufo-Addo.

During the John Kufuor administration, he served in various ministerial roles including Trade and Industry and New Partnership for Africa’s Development (NEPAD) and Regional Integration.

He also served in the second, third and fourth Parliaments of Ghana as the Member of Parliament for Offinso North constituency in the Ashanti Region.