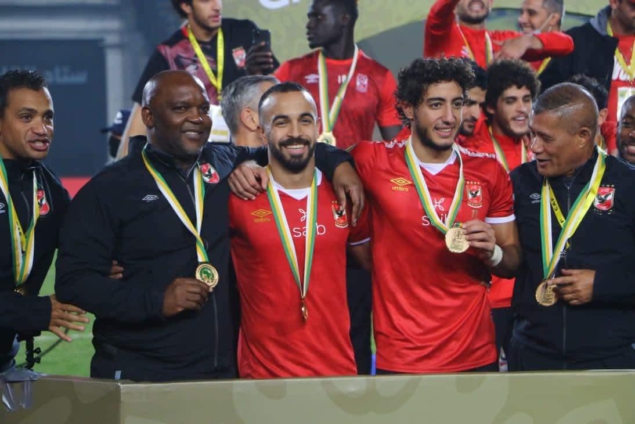 Captain and goalkeeper Mohamed El Shenawy was Al Ahly’s hero in the shoot-out, saving Felipe Melo’s penalty to ensure that the African champions won 3-2 in Qatar.

Junior Ajayi thought he had made the breakthrough in the second half only for his goal to be narrowly ruled out for offside, while El-Sulaya could have done better with a first-half effort dragged wide.

There was no extra-time at the end of the game, meaning the match went straight to penalties.

“From the start of the tournament, we all promised that every player will give his maximum effort in order to achieve a good position,” El Shenawy said after the game. “Thankfully all our efforts paid off and we managed to win the bronze medal.”

Al Ahly, who performed creditably in their semi-final against Germany’s Bayern Munich to earn widespread praise, enjoyed great support from the stands thanks to Egypt’s sizeable expatriate community in Qatar.

“The players’ spirit and determination to please our fans are the secrets behind the bronze medal,” added El Shenawy.

The record nine-time African champions’ previous best performance at the Club World Cup came in 2006, when they also finished third.

Al Ahly’s display is Africa’s best at the tournament since 2013 when Morocco’s Raja Casablanca – one of only two teams from the continent to finish runners-up, along with DR Congo’s TP Mazembe in 2010 – reached the final on home soil.

DISCLAIMER: The Views, Comments, Opinions, Contributions and Statements made by Readers and Contributors on this platform do not necessarily represent the views or policy of Multimedia Group Limited.
Tags:
Al Ahly
FIFA Club World Cup
Palmeiras