Alan seeks the face of God through meeting with clergy 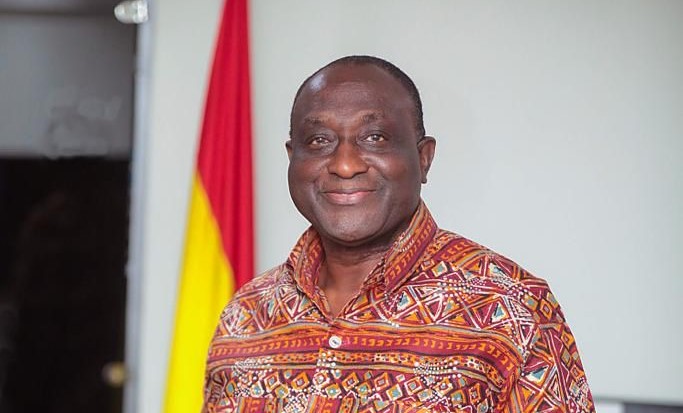 A flagbearer hopeful of the New Patriotic Party, Alan Kwadwo Kyerematen has sought the intervention of God in his campaign to lead Ghana.

Mr. Kyerematen hosted some clergy on Wednesday to usher him into a Holy Spirit filled campaign.

The clergy, led by Rev. Prophet Owusu Bempa, Reverend Ampiah Kwofie, Bishop Salifu Amoako AMONG others, were happy to be part of the breakfast meeting which was purposely organized to ordain the path of Alan Kyeremanten to a successful campaign.

Prayer sessions and an anointing service were observed to usher the ambition of the political figure into the hands of God.

The clergy were happy that a Christian of good morals and of faithful servant leadership qualities had patiently emerged to seek to lead the country.

“The acceptance of the calling to lead the country to the Promised Land by Alan Kyeremanten is a factor that motivates many believers” the clergy said.

Bishop Salifu Amoako laid emphasis on the fact that, as a 70% Christian dominated population, Ghanaians should accept such a faith motivated political ambition to fulfill the purpose of God upon the Land.

He further entreated all the clergy to continuously remember Alan Kwadwo Kyerematen in their prayers as he believes, “he is the chosen Son of God to oversee the affairs of the nation in these difficult times.”

Taking inspiration from Ecclesiastics 9:11, Alan Kwadwo Kyerematen received the first and fresh anointing of mercy from the Lord through the clergy with the spiritual assurance that, “the battle is not to the strong nor victory to the smart; but by the Lord who shows mercy based on time and chance”.

DISCLAIMER: The Views, Comments, Opinions, Contributions and Statements made by Readers and Contributors on this platform do not necessarily represent the views or policy of Multimedia Group Limited.
Tags:
Alan Kwadwo Kyerematen
Clergy
flagbearer hopeful of the New Patriotic Party