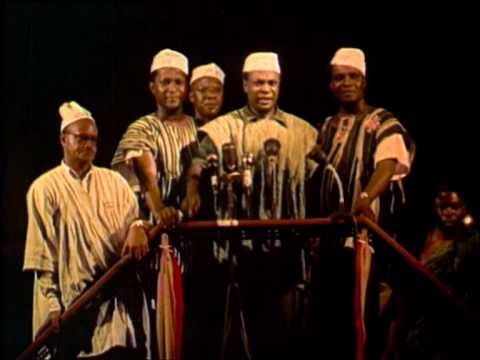 It is worn by kings and chiefs of Northern Ghana. It is also the special attire reserved for special occasions like traditional festivals and Christmas.

In the olden days, suitors often adorned themselves with some of the most expensive of its kind when they went seeking for the hand of a woman in marriage. I am talking about the traditional smock which many Ghanaians prefer to call the fuugu or batakari.

Today, this traditional outfit which was also worn by Ghana’s first president, Osagyefo Dr. Kwame Nkrumah when he declared Ghana's independence, has become a fashion sensation across the country especially among politicians.

It is also becoming a fashion craze for the year 2016 as designers have found a more stylish way to make it for the youth and persons who want to have informal ways of wearing the traditional smock.

In a recent trip I took to the smocks market at Bolgatanga in the Upper East region, I met a group of traders discussing the quality of a fabric that was to be used to design a smock.

A customer had made an order for a smock similar to the one President John Mahama wore at Ghana’s 59th Independence Anniversary Celebration.

The designer who was given this job did not want to disappoint his customer so he was consulting his colleagues for their views about the fabric he was about to use.

One of the smock designers, Abdul-Wahab Abdul-Mumin told me it was a normal thing for designers to occasionally get orders such as the one they were discussing that morning.

He explained to me that there are different kinds of smocks for different occasions, mainly depending on the color combinations.

He said black or blue and white are for weddings, black and red or coffee are used for funerals and then very bright colors according to one’s choice, are used for visiting in-laws.

Abdul-Wahab said; “It all depends on the individual. What you think will make you look sweet before your in-laws, if you ask, we can make it for you”.

You have probably heard some myths about the traditional smock. One of them is that short or slim persons will not look good in fuugu. Well, let me inform you that that thought is only a myth!

Consider for example, if you went to a boutique and bought for yourself, a T-shirt marked ‘XXL’ (extra-extra-large) when your size is supposed to be the ones marked ‘M’ (medium).

Definitely, if you put that T-shirt on, it will be dangling on you. It is same with the traditional smock. The only reason a smock will not look good on a short or slim person is if such a person bought an over-sized one.

The bigger the size of the smock, the bigger the physique that will be needed to carry it on your body so if you have a small physique you should not buy just any smock at all you see on the market.

What you need to do when you need a smock, is to go to the designers and let them take your measurements. They will know the exact kind that will match your physique and make it for you.

There is smock for children as young as two-year old kids so there are smocks for everyone. There are also the mini-smocks that can be worn by both males and females, that should fit you perfectly if you are small.

Then comes the latest trend of smock fashion. Designers have found a way of making smocks into dresses for women and using the fabrics used in making smocks to make regular shirts for men. This is fast becoming a fashion trend among the youth.

One group of people who like to use the fuugu or batakari is the Ghanaian politicians. When Dr. Kwame Nkrumah declared Ghana’s independence on the night of March 5,1957, he wore a smock. It appears that since then, smocks have become a popular fashion choice for politicians.

For Abdul-Wahab and his colleague smock makers, Politicians like Former President Rawlings and President John Mahama are shinning a light on their business.

But these beautiful traditional outfits are not easy to make. Under the dozens of sheds that make up the smocks market, lay bundles of plaid materials of different kinds which I was told would be sewn together using a sewing machine, and then the finish touches, sewn by hand.

I also found out to my pleasant surprise that for one to become a great smock designer, patience and tolerance would be key virtues for such a person.

There are times when a customer would make an order from a designer via a phone call and if the designer fails to get the order right, the customer rejects the smock.

In such instances, the designer will have to either undo everything he/she has already done and do it all over again or find another buyer for the smock and then make a new one for the customer who made the order.

The story of the traditional smock is a long one. Even the hats that accompany some smocks and the style with which such hats are worn have traditional meanings, depending on which ethnic group the wearer belongs to but that is a story for another day.