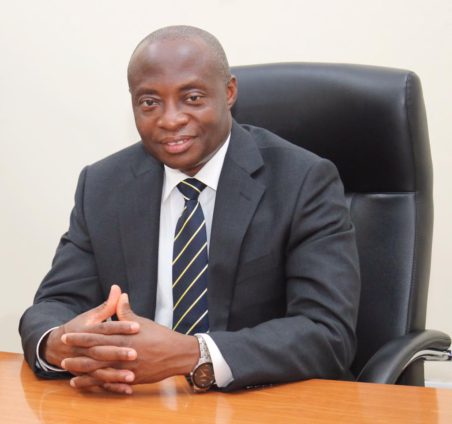 The appointment followed a recommendation from the Board of Directors of the Bank after a competitive and thorough interview and a no-objection letter issued by the Bank of Ghana (BoG).

The astute banker begun his banking career in 1996 at the defunct Rural Finance Inspection Department of the BoG and later moved to the Banking Supervision Department as an Examiner until March 2005 when he joined the Agricultural Development Bank (ADB).

He worked in various capacities at ADB; first as an Auditor in the Internal Audit and Assurance Department, a Manager in the Research and Planning Department and the Strategic Policy Coordinating Unit.

He headed the Budgets, Planning and Strategy Unit at the Finance and Planning Department of the Bank before moving to ARB Apex Bank Plc in November 2013 as the Head of the Internal Control Department.

In that capacity, he was responsible for the audit of departments and branches of the Bank. He was also in-charge of the inspection of the RCBs in Ghana as a complementary service to the regulatory role of the Bank of Ghana.

He is a Fellow of the Chartered Institute of Bankers, Ghana and serves on the Executive Committee of the Institute, having previously served as a Council Member.  He is also a former member of the Boards of Konrad Adenauer Memorial Credit Union (KAMCCU) at the Credit Unions Head Office, Accra and Suma Rural Bank, Suma Ahenkro.

He is a former Director of Finance of the Presbyterian Church of Ghana, Ascension Congregation, North Legon.

He is expected to bring his 25 years’ experience to bear in repositioning the RCBs’ sub-sector of the country at a critical time when the 145 RCBs operating from more than 800 branches and agencies across the country are expected to implement a new Corporate Governance Directive issued by the BoG from the first quarter of 2022.