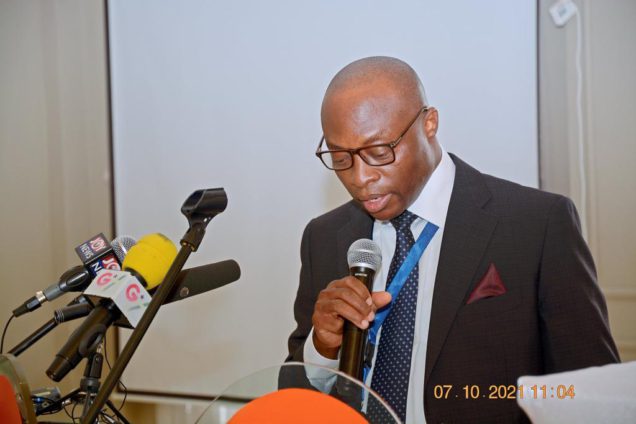 ARB Apex Bank has reiterated calls for a reduction in the corporate tax of rural banks from the current 25% to 15%.

According to its Acting Managing Director, Alex Kwasi Awuah, the present tax is depriving many rural banks to fund many smaller businesses in the rural areas.

Speaking to Joy Business on the sidelines of the of the Annual National Managers’ Conference of Rural Banks at Kwahu-Nkwatia in the Eastern region, Mr. Awuah said “the call for government to consider to reduce the tax from 25% to 15%, it’s been something we’ve been advocating for years now. In fact as we all know, the corporate tax was 8% sometime back because rural banks were still looked at as agents of development in rural communities until I think the year 2015 or 2016, it was increased to 25%.”

“Since then, we’ve been advocating that the government considers reducing it to 15%. And it is important in the sense that when you look at the work of the rural and community banks, they play a major role in terms of development. You go to these areas and they do lots of corporate social responsibility programmes – they spend a lot on education”, he stated.

Mr. Awuah pointed out that most rural banks were providing support to education before the advent of the Free Senior High Education, saying, “we are spending on education, school infrastructure, health infrastructure, construction of police stations across the country.”

He also called for government support to help the rural banks retrieve some locked-up funds.

“We’ve been advocating that government helps us get the monies [locked-up] back. The impact…It had significant impact on our operations and as we’re also development agents, we think if our corporate tax rate is reduced, it will help us build some capital and improve our reserve position and also make our banks stronger.”