‘All musicians will go, MzVee will be left standing’ – Lady Talata 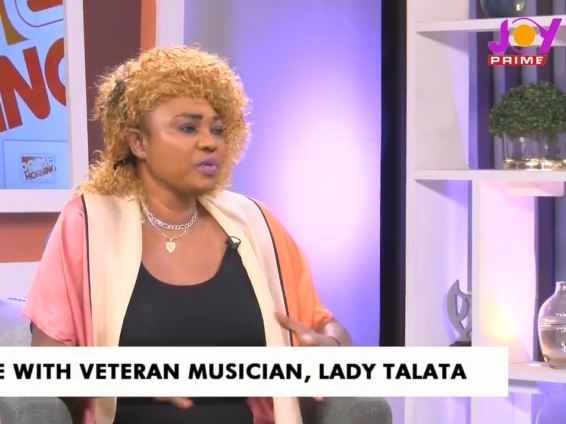 A veteran Ghanaian musician has praised dancehall artiste, MzVee, for the quality of songs she produces.

According to Lady Talata, the dancehall artiste’s work sets her apart from the many musicians in the industry.

In an interview with Doreen Avio on Prime Morning Monday, the ‘Eye Odo Nkua’ hitmaker said that she sees her youthful days in MzVee, adding that the young artiste is hardworking and talented.

According to her, MzVee’s style of music is outstanding, making her the true definition of music, which will make her thrive in the music industry.

“MzVee always reminds me of my youthful days. She’s like the underdog, but she’s good. All the musicians will go, and she will be left standing. I started with other musicians, but they’ve all quit. You can hear music in MzVee,” she said.

Lady Talata also indicated that female musicians such as Eno Barony, Adina, Cina Soul, and Efya who are fighting to survive in a male-dominated industry are equally talented.

The ‘Yara Yara’ composer acknowledged the crucial role the internet has played in pushing Ghanaian musicians and their works, making it easy for upcoming artistes to break into the music fraternity.

She further encouraged Ghanaian musicians, particularly the female artistes, not to be deterred by negativity and to be focused.

Lady Talata also commended reggae and dancehall artiste, Samini, for his commitment and dedication towards the growth of the music industry in Ghana.

“Samini is very intelligent. He’s one of the musicians who shows up when we have something going on. In 2017, when they met at the late Paapa Yankson’s one week, he was there. He shows up everywhere,” she said.

The veteran musician, urged all young artistes to keep pushing the authentic Ghanaian music that the older generation handed over to them.

Lady Talata also called on Sarkodie and Shatta Wale to attend the final funeral rites of the late A.B. Crentsil and Nana Ampadu to pay their last respects.

The musician also said her doors are widely open to younger artistes who will want to work with her.

DISCLAIMER: The Views, Comments, Opinions, Contributions and Statements made by Readers and Contributors on this platform do not necessarily represent the views or policy of Multimedia Group Limited.
Tags:
Joy Prime
Lady Talata
MzVee
Prime Morning