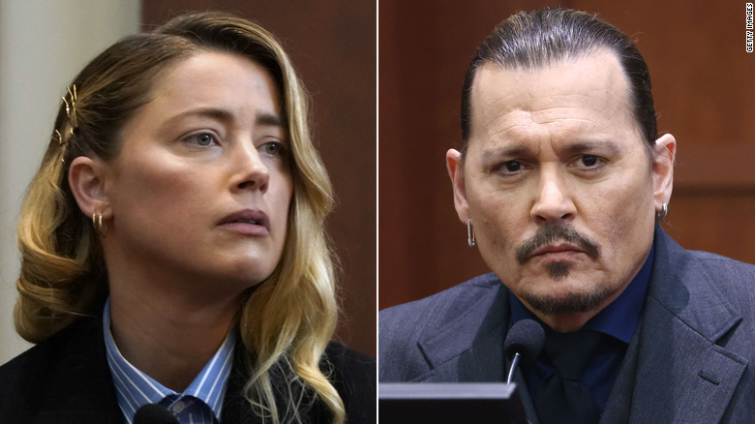 As she promised, Amber Heard is appealing the defamation verdict she lost to ex-husband Johnny Depp, formally filing a notice of intent to the Virginia Court of Appeal on Thursday.

She also intends to appeal trial Judge Penney Azcarate’s July 13 rejection of Heard’s post-trial attempt to get the verdict overturned and a new trial ordered.

“We believe the court made errors that prevented a just and fair verdict consistent with the First Amendment,” Heard’s legal team said in a statement. “We are therefore appealing the verdict.

“While we realize today’s filing will ignite the Twitter bonfires, there are steps we need to take to ensure both fairness and justice.”

During the trial, Heard was the target of overwhelming social media contempt compared to Depp, which she and her lawyers blamed on Depp fans.

In TV interviews after the trial, she and her lawyers alleged the jury’s verdict was influenced by “unfair” social media, although they didn’t offer any evidence and did not mention that issue in their failed attempt to persuade Judge Azcarate to set the verdict aside.

Heard’s latest legal move is not a surprise. She has been vowing to appeal the verdict since the day the jury delivered it. It is not clear how she is funding the appeal; she has said she can’t pay the millions in damages to Depp. Under Virginia court rules, she must post a bond for $10.3 million plus 6% interest while her appeal is pending.

Depp’s legal team said in a statement they are not surprised nor concerned about Heard’s appeal.

“The jury listened to the extensive evidence presented during the six-week trial and came to a clear and unanimous verdict that the defendant herself defamed Mr. Depp, in multiple instances,” the Depp statement said. “We remain confident in our case and that this verdict will stand.”

Heard’s lawyers are expected to file an entirely new appellate brief citing specific “errors” Azcarate allegedly made during the trial or in post-trial motions.

The Virginia Court of Appeal is in Richmond; it’s not clear whether an appellate panel of judges will hold a hearing in the case.

Last month, the jury in the case found overwhelmingly in Depp’s favor that Heard defamed him when she published a column in The Washington Post in December 2018 calling herself a victim of domestic abuse. Depp’s name was not mentioned in the article but during their 2016 divorce proceedings she had accused him of abusing her.

The jury agreed Heard had defamed Depp and awarded him more than $10 million in damages. The jury also awarded Heard $2 million in damages over remarks Depp’s lawyer at the time said about Heard’s abuse allegations being a “hoax.”

After the verdict, Heard’s legal team filed a brief arguing that the verdict was unfair, inconsistent and “excessive,” citing multiple reasons, including that Depp did not present evidence of required “actual malice,” and that what Heard wrote in her column was “true” and thus protected by the First Amendment.

In response, Depp’s brief argued that Heard’s legal team failed to present sufficient reasons for setting aside the jury’s decision or for retrying the case and that her arguments were “outlandish” and “verges into the frivolous.”