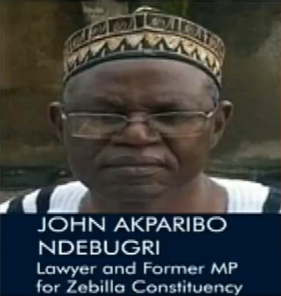 Lawyer and former MP for Zebilla Constituency, John Akparibo Ndebugri says Special Prosecutor, Martin Amidu knew he was walking through a landmine when he accepted the appointment by President Akufo-Addo.

“At the beginning, I said he walked into a landmine knowingly and my prayer was that he will come out of it safely,

“I hope he is coming out of it safely,” he added.

Speaking to JoyNews’ Evans Mensah on PM Express, Mr. Ndebugri said the Office of the Special Prosecutor is independent only on paper but heavily regulated in its function.

“If you look at the Law closely, the Office of the Special Prosecutor was established like establishing a company, which has an executive board with Martin Amidu merely as its CEO, and a CEO cannot override the decisions of the board.”

He reiterated an earlier assertion that the Office of the Special Prosecutor was set up only to fulfill an election promise and not to fight corruption.

“Anybody who says the Office and its laws is meant to fight corruption have a lot of convincing to do in bringing me over to his or her side,” he said.

His comment follows a decision by the Special Prosecutor to resign from his position less than three years after his appointment by President Akufo-Addo.

According to Mr. Amidu, he is resigning because he does not feel that President Nana Akufo-Addo has done enough to safeguard the independence of his office.

In a letter addressed to the President, the Special Prosecutor said “the events of November 12, 2020 removed the only protection I had from the threats and plans directed at me for undertaking the Agyapa Royalties Limited Transactions anti-corruption assessment report and dictates that I resign as the Special Prosecutor immediately”.