An employee can get compensation for unjustified termination - Legal Expert - MyJoyOnline.com

An employee can get compensation for unjustified termination – Legal Expert 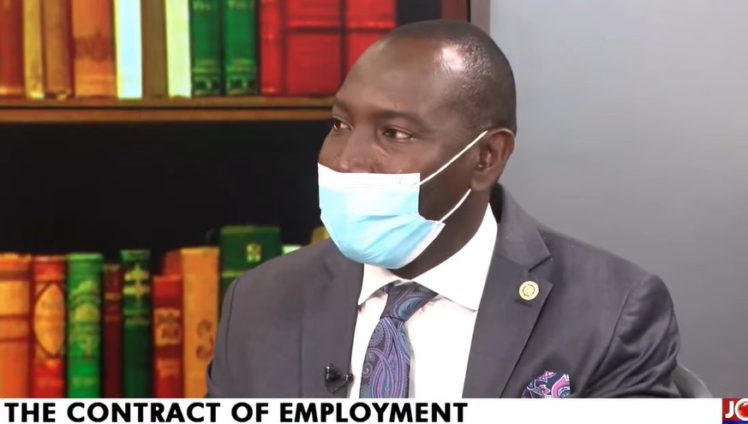 A Legal Practitioner, Lamtiig A. Apanga says employees whose contracts have been terminated unfairly or forced to resign from their place of work can take action against their employers and get compensated.

According to him, the Labour Act provides requirements and conditions under which employers can terminate contracts.

Speaking on JoyNews’ The Law on Sunday, Mr. Apanga said some employers frustrate workers into resigning.

“If the employer continues to harass him with not being serious, he should resign but if he resigns he has a basis in law to make a case of constructive dismissal against his employer because in this situation, it was the employer who asked him to resign,” he said.

Mr. Apanga explained constructive dismissal as a situation where the employer makes it difficult for the employee to continue working in the organisation.

He explained that “the employee is compelled to leave the workplace. You are frustrated from working, employers withdraw resources you are supposed to work with and make conditions of work such that you don’t feel welcome.”

The legal expert said that even though in such instances, employees may turn in a resignation letter, they can still take the employers on as prescribed in Section 63, sub-section 4 of the Labour Act .

The Act states that a worker’s employment is deemed to be unfairly terminated if the worker terminates the contract of employment because of ill-treatment of the worker by the employer, having regard to the circumstances of the case.

The discussion was on the topic, “The Contract of Employment.’

Meanwhile, Mr Apanga urged Ghanaians to be wary when appending their signatures on contracts for employment.

The legal expert advised prospective employees to pay particular attention to the terms of termination and leave in their contracts of employment.

According to him, such terms can be triggered at any given moment, therefore, must be perused thoroughly before signing.

“You have to pay attention to everything, but particularly terms on termination, leave. Those are terms that can be triggered at any time, either to your advantage or disadvantage. If you don’t pay attention to the wordings of those conditions, the terms in your employment condition, it may come back to hunt you,” he said.