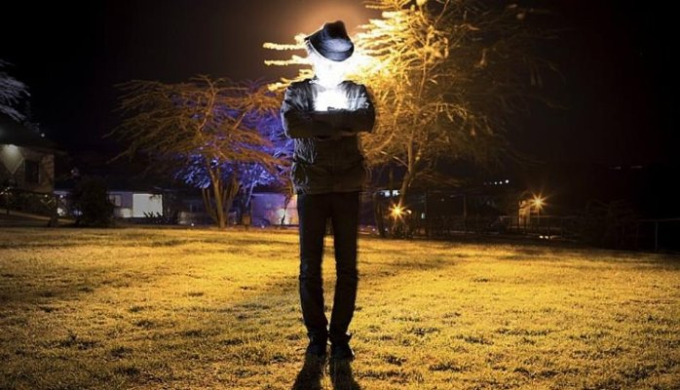 The event was held at a colorful ceremony on the school's premises in Athens Ohio, USA.

Established in 1991 to commemorate the release of the former President of South Africa, Nelson Mandela from prison, the African Hero award honors individuals whose works have impacted positively on the lives of Africans around the world.

With this Award, Mr Anas has joined the ranks of celebrated Africans such as Professor Francis Nyamnjoh, a Cameroonian scholar, novelist and publisher, Professor Frimpong Boateng, a renowned Heart surgeon from Ghana, Dr. Philistine Onyango from Kenya and Professor Steve Howard, an Africanists Media professor who is also the director of Ohio university's Center for International Studies who have been honored by OU.

Speaking at the award ceremony, Anas Aremyaw Anas who blended his speech with snippets of several of his investigative videos told the packed OU audience of students, Professors and administrators that his style of journalism aims to name, shame and jail culprits involved in wrong doing in the community.

While not faulting the conventional manner in which many journalists in Africa carry out their works of uncovering wrongs in society, the 2016 ASU African Hero winner questioned the essence of simply uncovering a wrong without ensuring that the 'bad guys' are put in jail.

"This is where my style of journalism comes in. I don't just painstakingly blow the lid off bad things by the bad guys but I go the extra mile by collaborating with the Police and other State institutions to ensure that these bad guys are put away in jail. The records are there to show. For instance, my team and I have ensured the arrest and prosecution of some herbalists who were secretly killing children born with some degrees of deformity a in small village in the northern part of Ghana. I did this by pretending to be the parent of a deformed baby who wants his child killed. I built a prosthetic baby and carried it to the shrine of these priests. While getting ready to give a portion of poisonous concoction which could be seen boiling on the fire in the shrine, my team alerted the police who then moved in and arrested them. In Tanzania, i collaborated with the police and blew the cover of some people who were engaged in dealing in the body parts of albinos which they believed had some magical powers. By posing as someone who is willing to offer for sale a prosthetic arm of an Albino I had built, I was able to infiltrate the ranks of these people and successfully gather enough evidence in real time for the police to move in, arrest these guys and send them to court to be jailed."

Although many describe his style of journalism as unconventional, Mr Anas said he is satisfied with what he does as long as it produces the desired results of ridding society of wrong doers.

"I refuse to let anyone dictate to me the tenets of what journalism is about. I define my own journalism according the demands of the community in which I reside and serve. You see, it is very easy for journalists in the West and other areas to be satisfied and focused on things other than what I do. This is because their communities may not be facing similar challenges as what our communities are facing in Africa, hence we can differ in our approach", he reiterated.

Mr Anas' works have earned him several recognitions and awards around the world including being hailed by President Obama as a hard working journalist whose work is worthy of emulation.