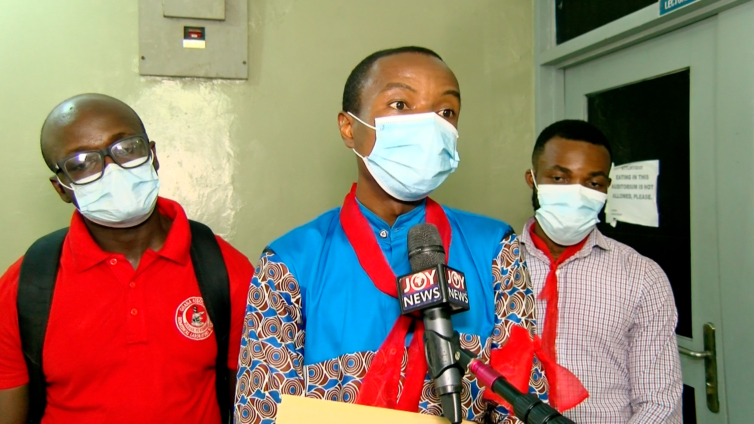 The local branch of the Ghana Association of Medical Laboratory Scientists (GAMLS) is protesting a decision by the hospital’s Management to post two medical officers, Lesley Osei and Eunice Agyemang Ahmed, to the Laboratory Services Directorate, to fill vacancies there.

The two have been appointed as Clinical Haematologists at the Laboratory Services Directorate.

At an emergency meeting on Wednesday, members therefore resolved to stay off duty.

“The outcome of the meeting by GAMLS-KATH Chapter is very simple. We have waited on management to act on our grievance which is the removal of the two medical officers or lab physicians from the laboratory.

“But Management as we speak today never heeded that call and so the General Assembly has decided that from tomorrow, Thursday the 20th of May, 2021, we are beginning a sit-down strike during which we will come to work but will not work.

“No patient sample; no sample from anywhere would be worked on in our labs in KATH from tomorrow Thursday 20th May up to next week  Wednesday  26th of May 2021,” Chairman of GAMLS-KATH, Ernest Badu-Boateng told JoyNews after the meeting.

The over 300 members of the association comprise laboratory scientists, laboratory technicians and laboratory assistants.

Local Union Chairman, Ernest Badu-Boateng, tells Joynews the lab professionals are appalled by the stance taken by the management of KATH.

“We practice laboratory science; they practice medicine. The two are different by law under Act 857  and so all that we are saying is that they should be in their lane. They should practice their medicine and leave us to practice our laboratory science as defined by law that was passed by Parliament in 2013.”

“What they are telling us is that our consultants who are fellows of the West African College of Medical Science who hold their PHDs, who hold their Masters don’t have that qualification or they don’t come near the job these LPs are coming to do,” Mr. Badu-Boateng said.

The action of the association is expected to affect the diagnosis, investigations and treatment of patients at that teaching hospital.

The hospital is also expected to lose revenue if the strike is protracted.

But Mr. Badu-Boateng says members have no option than to resort to the action.

“We are the professionals who are running all the tests that when patients come here, they go through before they are given drugs or they are treated.

So the impact of this strike I can tell you is enormous. Besides that, ours is one of the highest revenue-generating directorates in Komfo Anokye”.

When contacted, Management of KATH declined commenting on the impasse.

DISCLAIMER: The Views, Comments, Opinions, Contributions and Statements made by Readers and Contributors on this platform do not necessarily represent the views or policy of Multimedia Group Limited.
Tags:
Komfo Anokye Teaching Hospital
laboratory scientists
Strike