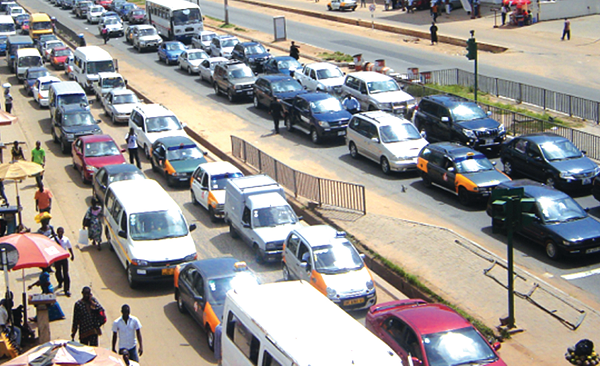 I bring you greetings for and on behalf of residents and other road users within the Ningo Prampram district, where your company BHM Construction is currently undertaking the road construction.

I live in Prampram, for starters. Whilst we appreciate the works going on, it is deeply regrettable that the same construction has created monstrous traffic which is solvable but, from where some of us sit, your outfit does not seem to care. I may be wrong but the current situation points to that.

As residents in the area, we knew the construction of a major route will impact the traffic flow, something which we were willing to bear and corporate with. However, the current traffic situation is not what we bargained for; but can be resolved by addressing the pothole challenges in the following areas: Kpone barrier, Dawhenya, Prampram and Savannah junctions.

Apart from Dawhenya, the others have potholes on them which slow the movement of vehicles and spill over, causing needless chaos. Today, for example, MTTD officers and frustrated motorists verbally abused each other in public. I personally do not remember ever seeing something like this; it was embarrassing and depressingly sad and unfortunate.

Imagine a frustrated parent with kids in the car, mostly teenagers and infants, yelling abuse at an officer in public. And imagine an officer who had just left home and told his partner and children he was going to work, to be confronted with this morning heat? Only the gods know what would have happened if the stand-off had gone beyond the verbal exchanges.

We deserve far better than how we are being treated on that stretch.  And to think that this is an important road that is important to sub-regional trade.  What is happening on the stretch is CRIMINAL and unacceptable.

Imagine conveying a sick person to a hospital in such a congested situation. I am not an engineer but I strongly believe an asphalt overlay will help resolve part of the problem. Again, for construction of this magnitude, it is depressing to think your outfit did not only provide alternative routes that could help ease the pressure off the main road.

There are more than enough routes that residents can easily use without getting onto the main road, but they remain unmotorable. Those who are brave enough to use those routes with their cars, end up paying a hefty price from their pockets.

Like I said in my introduction, I live in Prampram and the ONLY access route out of the town is through the Prampram junction to the main road. The moment that place is choked with traffic, it means I am trapped and cannot do anything about it.

However, a still bridge across the lagoon dividing Kpone-Dawhenya and Prampram can easily solve the problem. I have spoken to a good number of residents and even visitors to the town, who have expressed willingness to pay a fee which can be used to maintain it.

I am not well travelled but in the very little I have seen in other countries, they put bridges across bigger rivers/seas to enable residents to crisscross without challenges. There are several such bridges in the UK, USA and more, where, I want to believe, BHM Construction has undertaken similar works there.

I doubt in any of those countries where you have operations going on or operate from, motorists will spend productive hours in a solvable traffic situation without your outfit not hearing from their lawyers. I believe you would have sensitized the public as well as informed them about alternative routes to use, but here in Ghana, the land of our birth, we do not even register in such standard considerations.

It is not too late for your men to look at suggestions. BHM Construction has a reputation for putting the public’s interest first, according to your own Managing Director Phil Atkinson. So, why are ours different? I am not sure the said “public interest” Mr Atikinson talked about included the current predicament on the road.

Why are road users being punished for this construction? Imagine setting off at 5 am with kids in the car, trying to beat the traffic but you get there and it has already built up? I do not wish to believe our frustration has not come to your attention.

This laudable construction should not drive us into a system of insanity.  We are already stressed and the least BHM Construction can do is not to inflict more misery on us.

We are ready to corporate and collaborate with you, but not in the present situation.

For and on behalf of other sufferers.

Ministry of Roads and Highways.

DISCLAIMER: The Views, Comments, Opinions, Contributions and Statements made by Readers and Contributors on this platform do not necessarily represent the views or policy of Multimedia Group Limited.
Tags:
BHM Construction
Ningo Prampram
Traffic