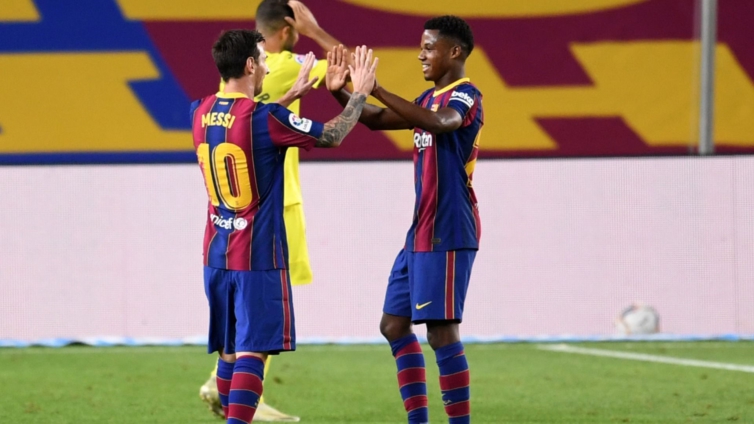 Ronald Koeman led Barcelona to an emphatic 4-0 victory over Villarreal in his first match in charge of the Camp Nou club.

44 days after Barca’s catastrophic 8-2 defeat to Bayern Munich, the Catalans put a turbulent summer behind them to start their title challenge with a show of strength, scoring all four goals in the first half.

Ansu Fati opened the scoring after just 15 minutes, lashing home a powerful side-foot finish after being set up by Jordi Alba, before adding a second four minutes later, sliding a low shot past Sergio Asenjo at the near post following a through ball by Philippe Coutinho.

Lionel Messi netted his first goal of the season from the penalty spot, with Ansu felled in the box by Mario Gaspar. A Pau Torres own goal put Barcelona four goals to the good before the break, inadvertently turning a Messi cross into his own net.

Pedri, Ousmane Dembele, Francisco Trincao and Miralem Pjanic were introduced in the second half, but the match had already been settled as a contest by then, with Barcelona starting their title challenge in style.