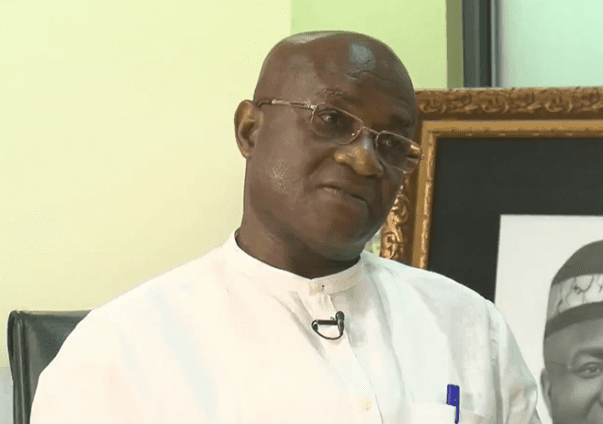 Majority Leader, Osei Kyei-Mensah-Bonsu has admitted that the country may suffer some sort of backlash from international bodies should it pass the Promotion of Proper Human Sexual Rights and Ghanaian Family Values Bill into law.

According to him, although such an event is of concern, the interest of Ghanaians as enshrined in the 1992 Constitution is supreme, thus whatever decision the country takes with regards to rights for the LGBTQ community will be upheld regardless of international influence.

He made the submission when asked about the implications the Bill before Parliament has on Ghana from international forces that believe criminalizing the activities of the LGBTQ community contravenes the rights of individuals.

Mr Osei Kyei-Mensah-Bonsu said: “I’m not oblivious of that. But over and above everything, talking about International relations, the constitution in Article 40 provides that ‘in dealings with other nations, the government shall promote and protect the interest of Ghana.”

In view of possible backlash from some international communities, he urged all and sundry to make their submissions either for or against the bill based on provisions in the Constitution.

“It is the reason why I’m saying we should situate whatever we do in the context of the constitution. We want to do what is right for the country. We also want to ensure that nobody is duly stigmatized. So we should have a careful balance.”

His comments come at a time when sources say Ghana risks losing support from international donors and Members of Parliament would be restricted from international travels should the country go ahead to pass the Promotion of Proper Human Sexual Rights and Ghanaian Family Values Bill into law.

Earlier, MP for Ningo-Prampram, Sam Nartey Geroge who is among the proponents praying that the promotion, advocacy, funding, and acts of homosexuality be criminalized in the country, refuted claims by people against the anti-LGBTQ+ Bill that the country would face economic consequences.

Speaking on Newsfile, he argued that: “there are 195 countries in the world; only 33 have legalised homosexuality nothing is going to happen to Ghana. Uganda passed a more draconian bill; in fact, Uganda’s bill was tagged ‘kill the gays’ because it actually sentenced them to death for homosexuality.

“Uganda passed this bill; it’s been almost 6 years, nothing has happened to Uganda. Uganda is still standing on its feet; it is benefitting from COVAX just like Ghana, so the whole hysteria that is being created by proponents of LGBTQ.”

But the Human Rights Coalition memorandum signed by the Director of Policy and Advocacy at the Ghana Centre for Democratic Development, Dr. Kojo Pumpuni Asante on behalf of 9 groups including Africa Centre for International Law and Accountability, and Alliance for Equality and Diversity to Parliament insists the bill is in direct conflict with a number of constitutionally-protected fundamental freedoms and human rights.

The Coalition further argued that the provisions of the Bill are incompatible with a number of international human rights instruments to which Ghana is a State Party.

This has led to many believe some grants and other financial support Ghana enjoys would be revoked as former Member of European Parliament for London, Seb Dance has stated that bill is driven by “only hatred, needless pain and the pursuit of an arcane colonial legacy.”