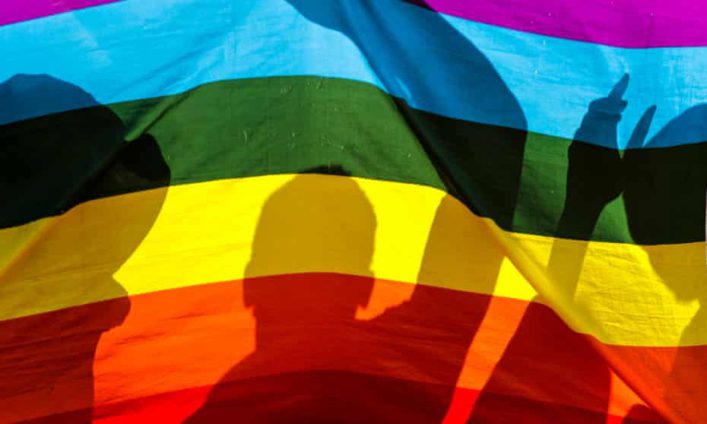 Sponsors of the Promotion of Proper Human Sexual Rights and Ghanaian Family Values Bill, popularly called the anti-LGBTQ Bill, are lamenting the delay in progressing the proposed legislation through Parliament.

A co-sponsor of the Bill, Emmanuel Bedzrah is demanding answers from the Constitutional and Legal Affairs Committee, which is currently deliberating on the proposal.

According to the Ho West legislator, the silence of the Committee on the Bill is too loud and must at least give an update to the House.

“And we all know that our standing orders state that a Bill before the Committee should not go beyond three months,” he noted on the floor of Parliament on June 7.

On the back of this, Mr. Bedzrah asked the Chairperson of the Constitutional and Legal Affairs Committee, Kwame Anyimadu-Antwi to explain to the House, reasons for the delay.

“We want to find out from the leader when this Bill will be presented for second reading and consideration for the Bill to be passed?” he quizzed.

Responding to the concerns, Deputy Majority Leader, Afenyo-Markin said the Ho West MP was “performing to people in the gallery”.

He noted that the MP should not accuse the House of delaying the Bill when the Committee has not brought any report.

According to Mr. Afenyo-Markin, Parliament’s leadership cannot act until the Constitutional and Legal Affairs Committee concludes its public deliberation on the Bill.

“My colleague knows that the Bill has received a lot of memoranda and there have been hearings. So I believe that you would have to activate the process through the Committee, because as a House, we cannot programme a Committee when they have not brought their report to us.

“So don’t let us do the blame game or do certain things for the optics and create the wrong impression about ourselves. Parliament works first at the Committee level and second, the plenary. We have made a referral to the Committee made up of both Majority and Minority, so if you’ve not brought the report don’t come and accuse the House of delaying the Bill,” he stated.

DISCLAIMER: The Views, Comments, Opinions, Contributions and Statements made by Readers and Contributors on this platform do not necessarily represent the views or policy of Multimedia Group Limited.
Tags:
Anti-LGBTQ+ bill
Promotion of Proper Human Sexual Rights and Ghanaian Family Values Bill 2021