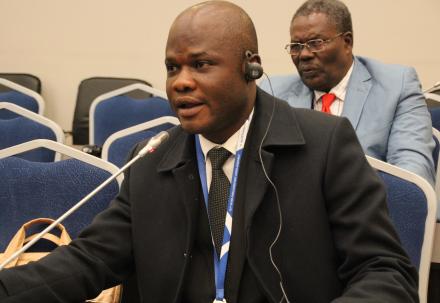 The Deputy Minority Whip, Ahmed Ibrahim has hinted that voting on the Promotion of Proper Human Sexual Rights and Ghanaian Family Values 2021, popularly known as the anti-LGBTQ+ bill will be done in the open.

The Banda legislator speaking on Adom FM’s Burning Issues on Wednesday said leaders at the Minority side have had conversations with members including their party hierarchy and have agreed on those terms.

He added that during voting, the Whips will inspect each member’s ballot before they deposit the ballot paper in the box.

“We have spoken to our leaders at party level, we will give you the paper and ask you to say yes, so you will write yes on your paper and show it to each other. Before the paper will be dropped in the box, the party whip will have to check,” he told Akua Boakyewaa Yiadom.

Mr Ibrahim further added that “I will be surprised if the bill delays in the House.”

In August, eight parliamentarians jointly submitted a private bill to push for the criminalisation of Lesbian, Gay, Bisexual, Transgender, and Queer and their related activities (LGBTQ+) in the country.

Since the controversial bill was made public, opposers have argued that should the bill be passed into law, it will be in violation of the fundamental human rights of individuals who identify with the group.