Apemenyimheneba Kwofie: The war of potions – The Ahanta women who killed their husbands in defence of their people 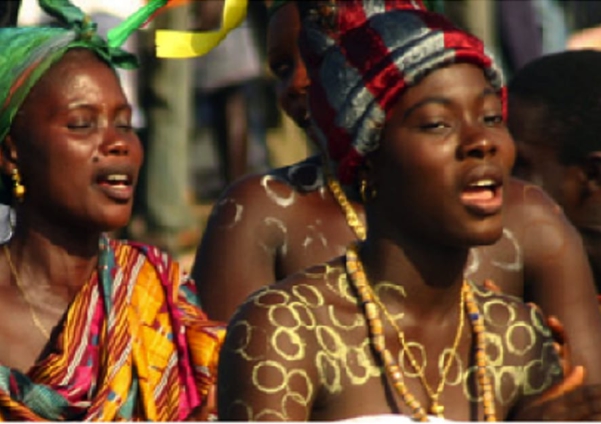 After back and forth for many years, the young lady left the relationship but very heartbroken and bitter. The young man himself never overcome the heartbreak and  blamed his parents for driving away the love of his life all his life. He never married and recently I heard that he has passed on when I visited home.

But how did this story of accusing Ahanta women of being witches and sorcerers start? It started during the days of Komnli Nza and thought I cannot independently verify when she lived, it is said that she had her shrine at somewhere present day Sekondi. Her name is Nza and “Komnli” in Ahanta means priest or priestess. She was actually a priestess.

It is her wits that saved Ahanta when the enemies came for our heads and we were helpless and defenseless. Ahanta has come a very long way to be here and in the course of bringing Ahanta to this far, our forefathers and ancestors did a lot of sacrifices to bring us this far. Ahanta is a war nation and for Ahanta to survive, it needed to employ several military tactics and strategies to safeguard her people and territories and one of such strategies is the administration of secret potions on enemy tribes by teen Ahanta women.

Being a small nation that is found between the three rivers – Ankobra, Pra and Bonsa, and the Atlantic ocean, many neighbouring tribes under estimated them and were quick to attack them but in all these attacks, Ahanta prevailed. Ahanta prevailed because of its military strategies at the time and probably the “War of Potions” is the reason why till today Ahanta women are labeled as witches and sorcerers.

It is said that surrounding tribes teamed up to attacked Ahanta. The war got intensed and Ahanta was on the brink of being exterminated so Komnli Nza  toured all Ahanta villages and towns and gathered all the teen women and brought them to her shrine. In a matter of days she has prepared them and got them ready for war and she led them to the battlefield herself.

Those were the days women walked naked and were proud of their bodies so these teen women matched themselves to the battlefield, and it is said that, as soon as the enemy warriors saw them, they lost concentration at the war fronts and negotiated marriage deals with Ahanta for the teen women.

Initially Ahanta warriors did not want to agree but Komnli Nza impressed on them to them agree without fears. One of the conditions given was that the enemy warriors should agree that they will give all captured Ahanta lands and people back in exchange for the teen women. The enemies agreed to the terms and conditions and the teen women were given to them as brides and they went home with them. The enemy tribes jubilated and chanted war songs of victory and rejoiced that they went to war and took home Ahanta women as brides but for Ahanta, the war was not over yet.

In fact, to Ahanta, the war has just started in different form and style. Sun Tsu, the experience Chinese general who is credited for winning major battles in present day Asia is on record to have said that, “war is not won by the might of men by through tactics and strategies” and that is exactly the case of Ahanta and the teen women. The war continue but it is only the style that did change but the enemies never knew.

Back at Owulosua, Komli Nza gave the king deep briefings about what she has prepared the teen women for and assured the king that all the teen women will return to their families in a matter of days without being defiled. If the women do not come as she is assuring the king, she is offering her head. Being a priestess of high caliber, the king did not have much choice than to take her for her words and assurances.

The enemy tribes thought they have won over Ahanta and took home their women as brides but that was actually not the case. The brides were rather warriors that enemies tribes were taking home and within a matter of days, there were reports of enemies having all their households put to death through poisoning.

It is said that Komnli Nza gave them secret potions and instructed them to use it to prepare  food for their husbands and their households. They should also drop some in their sources of water and all the edibles. They were also on instructions to ensure that they do not eat enemy foods or drink their water and the teens complied as they were instructed. After successfully executing their tasks, all the teen women were reported to have returned to their families unscathed

For years after, it was going to take enemy tribes forever to raise warriors to come and attack Ahanta again. They were not witches or sorcerers as heavily speculated but warrior women who were on a mission to execute a task and they did it perfectly. It was an act of war and Komnli Nza the teen women did it to save Ahanta.

DISCLAIMER: The Views, Comments, Opinions, Contributions and Statements made by Readers and Contributors on this platform do not necessarily represent the views or policy of Multimedia Group Limited.
Tags:
Ahanta women
Husbands
War of potions