Apple releases iOS 15.3 on iPhone with a fix for a scary Safari bug - MyJoyOnline.com

Apple releases iOS 15.3 on iPhone with a fix for a scary Safari bug 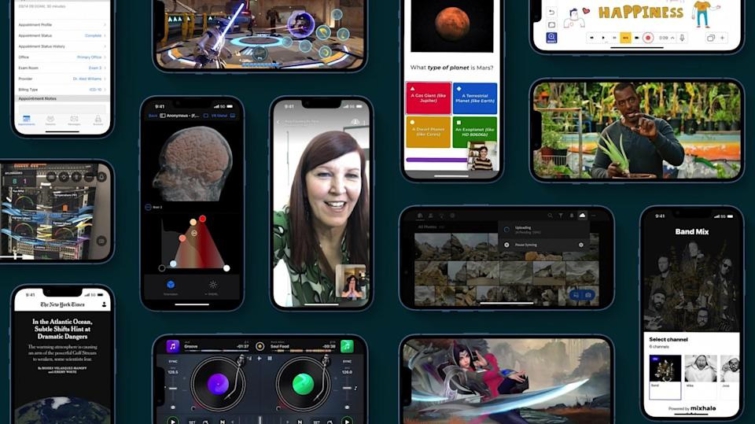 Apple rolled out the latest iOS 15 update to iPhone on Monday.

Just days after seeding the iOS 15.3 Release Candidate to developers and public beta testers, the final version has arrived. iOS 15.3 is now available, and as long as you have a supported iPhone, you can download it.

iOS 15.3 is an even smaller update than iOS 15.2. There aren’t actually any major new features, which is something of a rarity for an update of this stature. Rather, Apple has loaded iOS 15.3 with bug fixes and performance enhancements.

Most notably, Apple’s iOS 15.3 update addresses a terrifying issue with Safari 15 that made it possible for malicious websites to see your browsing activity. We say this every time, but you should install this update as soon as possible.

Which iPhone models work with iOS 15.3?

One of the benefits to iOS 15 being a relatively incremental upgrade is the fact that every iPhone that was compatible with iOS 14 is also compatible with the new update. The same is true of iPadOS 14 and iPadOS 15. You can now squeeze at least one more year out of your device.

Installing a new update on your iPhone, iPad, or iPod touch is an incredibly simple process. Navigate to Settings > General > Software Update and then tap “Download and Install” at the bottom of that page. If you prefer, you can also install the update through iTunes by connecting your iOS device to a computer. Whichever method you choose, just make sure to back up your device before installing an update so that you don’t risk losing any of your data during the procedure.

Here are the complete release notes for iOS 15.2, which arrived in December:

This release also includes the following enhancements for your iPhone:

This release also includes bug fixes for your iPhone:

The biggest update in iOS 15.1 is one that impacts many different devices. It’s Apple’s new SharePlay feature, which is a new feature that was supposed to roll out in iOS 15. It lets people watch movies or TV together remotely, or listen to music together. Think of it as Watch Party, but baked right into your iPhone.

There are also plenty of bug fixes and refinements in iOS 15.1.

For people with the iPhone 13 Pro‌ or iPhone 13 Pro‌ Max, iOS 15 is a much more substantial update. It adds several significant new camera features including ProRes video capture support and a new Auto Macro toggle. This way you can stop your iPhone from automatically entering macro mode when shooting close-up photos.

iOS 15.0.2 was chock full of bug fixes. Apple has fixed the bug that was causing photos saved from Messages to vanish when the corresponding thread was deleted. Apple also fixed a bug causing the iPhone Leather Wallet with MagSafe to not connect to Find My, AirTag not appearing in the Find My Items tab, CarPlay disconnecting during music playback, and device restore or update failing when using Finder or iTunes with an iPhone 13 model.

Apple says that iOS 15.0.1 fixes whatever problem was causing Unlock with Apple Watch not to work. Additionally, iOS 15.0.1 addresses an issue with the Settings app incorrectly telling users that their storage is full and ensures that audio meditations don’t unexpectedly start workouts.

FaceTime might actually be the biggest winner in iOS 15. SharePlay debuts in iOS 15, bringing movies and shows to FaceTime calls. You can also share music, web pages, apps, and more with SharePlay on FaceTime. Apple has also brought Portrait mode to FaceTime, which blurs the background during the call and puts you in focus. Plus, at long last, grid view comes to FaceTime.

The main addition in Messages is “Shared with You” — a new section in apps such as Photos, Safari, Apple Music, and more that shows you which content others have shared with you. You can also send photo collections in Messages and more easily save photos from within a conversation.

Other notable additions include enhanced Memoji customization, Live Text in photos, a new look for Memories in Photos, the ability to share Health data with others, and refreshed notifications.