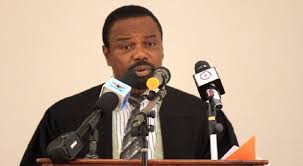 Dean of Armed Forces Command and Staff College, Dr Vladimir Antwi-Danso has advised President Nana Addo Dankwa Akufo-Addo to consider appointing technocrats with knowledge in governance in his next administration.

This, he said, would promote good governance and pragmatism to consolidate his legacy and gains in the first term of his administration.

Dr Antwi-Danso, also an International Affairs Expert, gave the advice in an interview with the Ghana News Agency in Accra.

“Considering the nature of the 2020 election results and the kind of Parliament we will have in terms of numbers and complexity…what President Akufo-Addo can do to consolidate his legacy is to bring on board more technocrats and people who understand governance to promote issue-based governance system.

“The kind of bickering, polemics and partisan nature of our politics should give way to consensus building and pragmatism,” Dr Antwi-Danso, added.

“We need people who are forward-looking, real patriots and love Ghana, and not people who only shout because of their political parties’ interest,” he continued.

“And when the positive results begin to show, it will shape our democracy and Ghana will be the ultimate beneficiary”.

He also underscored the need to allow state institutions to work according to the remit of the law and refrain from tagging them with political colours.

Dr Antwi-Danso said the appointment of the heads of state institutions should also not be conterminous with the tenure of governments so that they can continue to operate even after a particular administration is no longer in power.

Mr Mahama has refused to concede defeat, describing the election results as “flawed”.