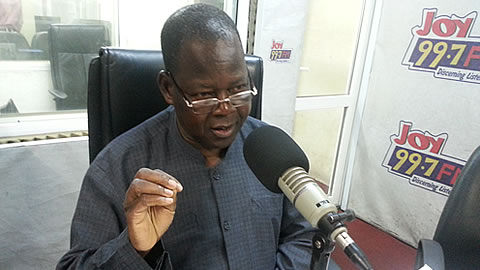 According to him, the continuous exclusion of these officers while targeting the topmost officials with the law does not holistically solve the problem of corruption in the country, especially in the remits of asset declaration.

“We were fighting that anybody, any public officer that has custody of or in control of public resources or public property should have been included even if you are a junior officer not to the level of director. So if you are a storekeeper, if you control the fuel station at the presidency, you should be subject to this asset declaration law,” Mr Azeem said Wednesday.

He added that “there are politician special assistants and all that, who are being paid higher than directors in the civil service and have control over what their ministers do. So they should also be included in the bill.”

According to her, the bill would be a major boost to hold public office holders accountable for their actions while in office.

She stated that though there are laws that hold public officers accountable to citizens, there is no law in the 1992 constitution that directly deals with the corruption of a public officer, and thus such a gap must be addressed accordingly.

However, speaking on the issue on JoyNews’ PM Express, Vitus Azeem said it was rather unfortunate that the law targeted only a small fraction of public office holders, leaving the majority unchecked.

He also bemoaned the exemption of the military from the proposed bill saying there is no tangible reason why they should be exempted from the bill as they are also public offices.

“Finally the asset declaration bill was passed when the military was handing over to the civilian regime. And so the armed forces were exempted. It is an old provision; I don’t know why it has been carried forward to this bill. After 25 years of going into democracy the armed forces is the only institution left out of this asset declaration, I don’t understand,” he said.

The Deputy Attorney General, Joseph Dindiok Kpemka who was also on the show replied to the concerns of the anti-corruption campaigner saying as the bill is yet to be passed and debated upon, Mr. Azeem should file his concerns to the Parliamentary committee for it be added to the bill.

DISCLAIMER: The Views, Comments, Opinions, Contributions and Statements made by Readers and Contributors on this platform do not necessarily represent the views or policy of Multimedia Group Limited.
Tags:
Armed forces
Asset Declaration
Conduct of Public Officers Bill 2018
Public officers