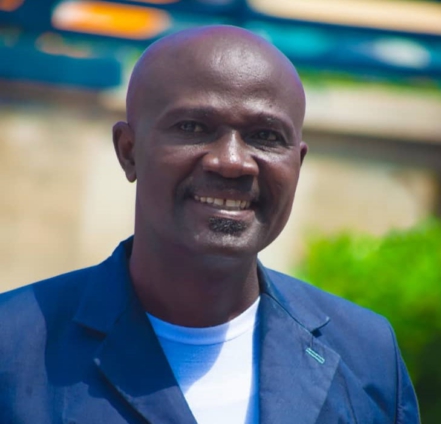 The Ashanti Regional Director of the National Service Scheme (NSS) is alleged to have disrespected a nurse on duty at the Manhyia Hospital for the manner in which the health care provider spoke with his daughter (a house officer).

According to the Medical Superintendent, Dr Hussein, the house officer is said to have taken offence at how the nurse spoke with her, thus protested.

Dr. Hussein said, the house officer happened to have been in the company of her father when she spoke with the nurse on phone. As such, Mr. Opoku-Mensah was infuriated by the turn of events and followed his daughter to the hospital.

Mr. Alex Opoku-Mensah is reported to have barged into the surgical ward of the hospital, where his daughter is currently serving as a house officer, to verbally abuse and threaten the nurse.

In an audio recording that has gone viral, Mr. Opoku-Mensah said, “you are very frustrated…Who born dog?…you envy her, you don’t respect. Are you a doctor? Who are you? Are you mad? Is the hospital yours? Stupid idiot.. that your useless nursing that you do, useless woman… Do you know who I am? I am the Regional Director of National Service Scheme. Some of you are under me.”

The nurse upon realising that the prescribed medication was out of stock called the house officer to change it to another medication that could serve the same purpose.

However, the house officer took exception to the manner in which the nurse spoke with her. Subsequently, the Regional Director of the NSS launched the attack on the nurse.

The Ghana Registered Nurses and Midwives Association has since issued a communique calling for the immediate sacking of the Ashanti Regional boss of NSS for the misbehaviour.

“The Public Services Commission and Government for that matter should sack the said Regional Director immediately because he is not fit for the director position he holds in public service.

“He had absolutely no right to enter Manhyia hospital and verbally abuse and threaten the nurse in question who was on duty at the time,” the statement read.

The nurses threatened that they will call upon their members at the facility to boycott their duties if Mr. Alex Opoku Mensah is not sacked within the next 72 hours.

The Association charged the local authorities to report the issue to the Police for further investigations.

DISCLAIMER: The Views, Comments, Opinions, Contributions and Statements made by Readers and Contributors on this platform do not necessarily represent the views or policy of Multimedia Group Limited.
Tags:
Ashanti NSS boss
National Service Scheme