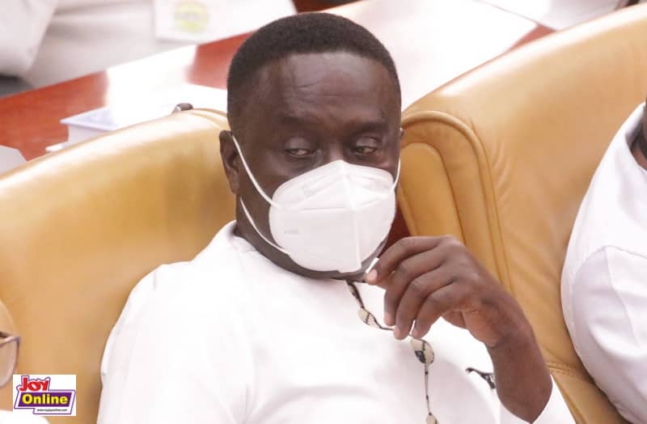 Lawyer for the petitioner in the case against the Assin North MP says the constituents are better off without a representation in Parliament because having an illegal person to lead them will be to their own disadvantage.

According to Frank Davies, the Supreme Court directive restraining James Gyakye Quayson from holding himself as the MP for the constituency is a step in the right direction.

He argued that the right of representation is not a stricture by itself but one that is steeped in law; hence, it was all wrong for the embattled lawmaker to have attended to parliamentary business.

“An illegible person running around as a Member of Parliament for a constituency when he is not; it obviously leads to a mutilation of the sovereign will of the people of Assin North.

“They are better off now without someone who is parading as a Member of Parliament whilst he is not, whilst we await the decision of this Court,” he told JoyNews in an interview after the Supreme Court ordered the MP on Wednesday to stop performing parliamentary duties.

The Court, in a majority 5-2 decision, ruled that Mr James Gyakye Quayson can no longer carry himself as MP for Assin North.

This decision holds is until the determination of the substantive case filed against him at the Supreme Court.

A Cape Coast High Court in July 2021 nullified the election of Mr Quayson after it found he owed allegiance to Canada when filing his nomination forms to contest the polls.

Michael Ankomah Nimfah, a resident of the constituency who filed this election petition in January 2022, initiated another action at the Supreme Court.

He urged the Court to give effect to the Cape Coast High Court Judgement and prevent a further breach of the Constitution by restraining the MP.

“One cannot be involved in egregious breaches of the Constitution and still go around holding himself as a citizen of this country. From day one, when the judgement of the High Court was rendered, it was manifestly obvious that James Gyakye Quayson could not hold himself out as a Member of Parliament.

“He doggedly went on and was attending onto the business of government but today that road has been effectively blocked. You can tread the path for too long but it doesn’t give you the right to do things which are irregular, unlawful and an affront to the Constitution,” he added.

When the case was last heard, the Attorney General Godfred Yeboah Dame insisted that there cannot be any debate that the continuous stay of the legislator in Parliament is a persisting breach of the Constitution that cannot be allowed to fester.

“On account for the uncontroverted facts of this case. It clearly indicates that the Court is faced with the patent case of unconstitutionality each passing day,” Mr Dame said.

But lawyers for the MP led by Tsatsu Tsikata disagreed.

He questioned the basis of the application pointing out that it was procedurally improper. He insisted the rules of the Supreme Court do not provide for such an injunction application.

He argued that a party wanting this remedy ought to instead make a request to the Supreme Court for the Court to decide what steps the party ought to take.

“The motion purports to be brought under the High Court rules. This is not the High Court. And the Supreme Court rules under rule 5 make provisions for where no express provisions are made for certain rules the Court shall prescribe such practice. A request ought to be made,” Mr Tsikata said.

DISCLAIMER: The Views, Comments, Opinions, Contributions and Statements made by Readers and Contributors on this platform do not necessarily represent the views or policy of Multimedia Group Limited.
Tags:
Assin North MP
Frank Davies
James Gyakye Quayson
Michael Ankamah Nimfah