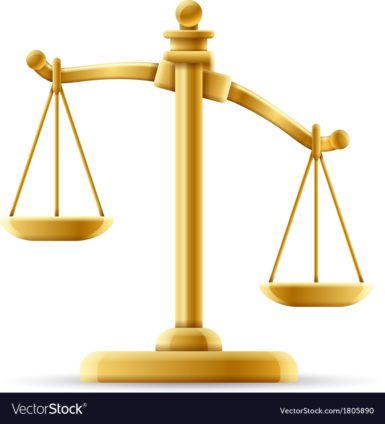 And the scale tilted in favour of causing financial loss to the state. (Photo Credit- Vector Stock)

The Ghana Association of Certified Mediators and Arbitrators is advocating the establishment of a mediation post at all the police stations across the country.

The Association want this done by reviewing the Alternative Dispute Resolution Act to deal with petty offences and misdemeanours.

It said this will help reduce piled-up cases at the courts when created.

Legal Practitioner and member of the Association, Martin Nwuso, made this call in an interview with Joy News after a roundtable discussion on the subject on Tuesday.

He said this will help make room for the courts to deal with more serious matters.

“So we are saying that it is a bit too late in the day because, at this stage, the stance had been taken by the victim and offender and are seeing each other as enemies, but if the police had a mediation post, the police can be sieving these cases when they are reported to them rather than starting to investigating and inviting the other party to charge him or her criminally.”

He added that this will help create a harmonious environment for the disagreeing parties.

This will also help the parties resolve the matter without having to be enemies to themselves because these parties will be going home to the same home or the same compound or even the same community. So taking that proactive step right at the police station.