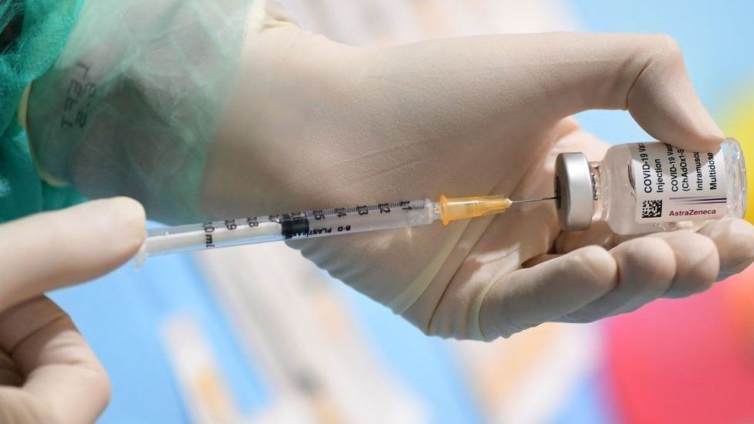 Thailand has delayed the rollout of AstraZeneca’s Covid-19 vaccine over reports of blood clots, despite there being no evidence of this.

The country’s prime minister was due to kick off the country’s vaccination drive by getting the jab on Friday. This has now been cancelled.

The delay comes after a number of countries, including Denmark and Norway, suspended the use of the jab.

Around 5 million Europeans have already received the AstraZeneca vaccine.

Of this figure, about 30 cases had reported “thromboembolic events” – or developing blood clots.

The European Medicines Agency (EMA) said on Thursday that there was no indication the jab was causing the blood clots, adding that its “benefits continue to outweigh its risks”.

AstraZeneca said the drug’s safety has been studied extensively in clinical trials.

What has Thailand said?

“Though the quality of AstraZeneca is good, some countries have asked for a delay,” Piyasakol Sakolsatayadorn, an advisor for the country’s Covid-19 vaccine committee, told reporters at a media conference.

However, Thai public health ministry officials clarified that the batch of AstraZeneca vaccines are different to those distributed in Europe, adding that blood clot problems have not been commonly detected amongst Asians.

The first batch of 117,300 doses of AstraZeneca vaccines arrived in Thailand on 24 Feb, together with 200,000 doses of China’s Coronavac vaccine.

More than 30,000 people in Thailand have already received Coronavac since the country kicked off its vaccination program on 28 February. Thailand says it will continue with its Coronavac rollout.

What are other countries doing?

In the UK, the Medicines and Healthcare products Regulatory Agency (MHRA) said there was no evidence the vaccine had caused problems, and people should still go and get vaccinated when asked to do so.

More than 11 million doses of the Covid-19 AstraZeneca vaccine have now been administered across the UK, according to the MHRA.

Australia, which has already been sent 300,000 doses of the AstraZeneca vaccine, also said it would continue with the jab.

“At the moment the advice very clearly from the doctors is that this is a safe vaccine and we want the rollout to continue. Cool heads need to prevail,” said Home Affairs Minister Peter Dutton.

The Philippines Health Department has also said that there is “no reason” to halt the vaccination there.

South Korea also appears to be going ahead with its rollout, though some have voiced concerns. Around 785,000 vaccine doses have arrived there already.

Authorities in the country recently said that the deaths of eight people within days of receiving the vaccine had no link to the jab. They later found there was no link between the vaccine and the deaths.

However, Denmark, Norway and Iceland have temporarily suspended its rollout.

Italy and Austria, meanwhile, have stopped using certain batches of the drug as a precautionary measure.

In an earlier statement, the EMA said Denmark’s decision was a “precautionary measure [taken] while a full investigation is ongoing into reports of blood clots in people who received the vaccine, including one case in Denmark where a person died”.

How does the vaccine work?

The AstraZeneca vaccine, which was developed with the University of Oxford, is made from a weakened version of a common cold virus (known as an adenovirus) from chimpanzees. It has been modified to look more like coronavirus – although it can’t cause illness.

Once injected, it teaches the body’s immune system how to fight the real virus, should it need to.