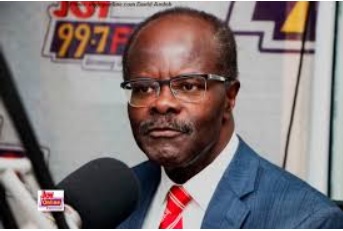 According to the party, several businesses owned by the Dr Nduom – who doubles as President of Groupe Nduom – including his bank were negatively impacted during the financial sector clean-up under President Akufo-Addo.

A few months ago, an equity fund and securities investment company based in the United States, Birim Group LLC, brought charges against Dr Papa Kwesi Nduom.

In a writ sighted by myjoyonline, Groupe Nduom, the umbrella company for 60 other businesses owned by Dr Nduom is being accused of laundering a total of $63,000,000.

“The Nduom family defendants, by and through their ownership, control and use of defendants GN Bank, Gold Coast Fund Management and over 60 undercapitalised interrelated companies, collected several million dollars of depositor’s saving, investment contributions and insurance premiums, and in violation of U.S. and Ghana laws illegally laundered approximately $63,000,000 of depositors’ funds through its Virginia-based sham ‘procurement and consulting service’ company, International Business Solutions,” it stated.

But the Ghanaian-based business conglomerate, Groupe Nduom is fighting off these claims describing the arguments advanced by the plaintiffs as a mere political smear.

In a motion filed to dismiss the case, Groupe Nduom posited that the complainant’s legal action is a mere attempt to denigrate their reputation through the courts.

This assertion has been supported by the Progressive People’s Party (PPP), which he founded.

The PPP indicated that the “suit is evidence out there that the BoG’s exercise in the financial sector reform was not a witch-hunting exercise especially in relation to GN Bank.”

The political party, further alleges the suit is the work of some government actors on a face-saving mission and also distract the #FixTheCountry movement.

“This second wave of vicious attacks against the person of Dr. Nduom is a face-saving exercise for a botched and politically motivated financial sector reform. It is also to divert attention from the FixTheCountry campaign led by the youth of Ghana. The incessant attacks on Dr. Nduom are not in the best interest of the Republic of Ghana,” part of the release from the PPP read.