Austin Woode: Why Sarkodie got it wrong in his latest interview 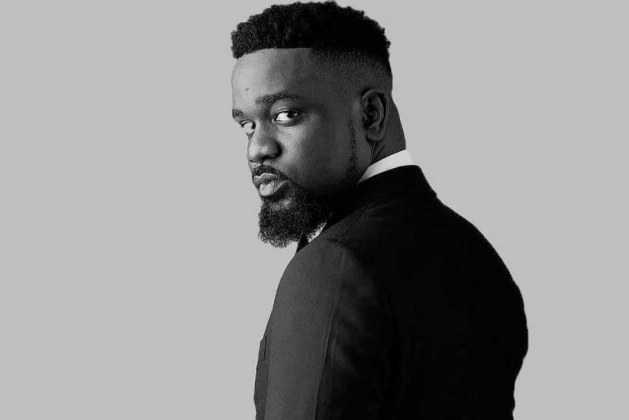 Sarkodie is arguably the greatest Hiplife Artiste of all time and currently Ghana’s biggest Artiste.

Since he burst onto mainstream Ghanaian music industry in 2009, he’s achieved much laurels for himself, he’s even hailed in many parts of the world as Africa’s best rap Artiste.

So it is not surprising that anytime he speaks on matters in the music industry, there are lots of talking points and debate over whether his speech was factual or not.

King Sark has got the nation talking again after his recent interview in with UK-based DJ Semtex.

In the said interview, Sarkodie raised 3 issues which many believe were not factual and has traces of he not being grateful to the Ghanaian media and lovers of music.

However, his fan base, ‘Sark nation’ have been defending their icon and saying he spoke the hard truth which many fail to say and people are just up in arms just because it came from Sarkodie

As someone who has followed and participated actively in the Ghanaian music industry and a radio presenter since 2004, I will like to also share my thoughts on the raging subject.

Sarkodie’s assertion in that interview can be broken down into 3 key points.

1. He burst onto the music scene at a time highlife was the dominant genre in Ghana.

2. Because he was doing hard-core rap on loud beats, his songs from the early stages of his career were not played on mainstream radio.

3. He came and through the help of social media, he blossomed and became the superstar he is now.

I will like to respond to each point so let’s start with Point 1;

1. For Sarkodie to say he burst onto the scene at a time highlife was the dominant genre in Ghana cannot be entirely factual. In 2007 when he was an upcoming Artiste, the reign of Ofori Amponsah from 2006 (Otoolege) had come to an end.

In 2008, Asem had released “Give me Blow” which had enjoyed massive play on mobile phones hence mainstream media had jumped on it.

In fact, during that period, most of the popular songs were Hiplife songs.

Even hardcore rap songs like ‘Kwakwa’, ‘Odeim’, ‘Give me blow’ were big on radio during those years.

Let’s even assume without admitting that Sarkodie is right that highlife was the dominant genre then, it doesn’t mean rap Artistes didn’t get their songs played on mainstream radio.

People like Bola Ray shot to fame for programs like “Top City Jam” where he played a lot of rap music from Ghana.

I think what Sarkodie fails to appreciate is radio stations are competing brands and play songs that are popular and their listeners will like.

So it wasn’t a good decision to play songs from Sarkodie (an upcoming Artiste) instead of established Artistes like Kwaw Kese, Obrafour, Batman, Kontihene, Okomfour.

Is Sarkodie saying that every highlife song was played on radio at that time? The answer is No. Because, songs from underground highlife Artistes were also not played. So it’s a problem of not getting songs of upcoming Artistes played and not necessarily peculiar to hardcore rap music.

Lastly on this point, I must however admit that after the success story of Asem and Sarkodie, many radio stations started playing songs from unknown Artistes because they believed they could be the next big thing.

Many rap shows to unearth talents and more radio stations like Y FM and Hitz FM, targeting the youth, play a lot of Songs from upcoming Artistes

2. This statement cannot be factual because there are time stamps to such issues which are easily verifiable.

Sarkodie for the records was a pioneer on the famous “Kasahari level” on Adom FM in 2007. This Saturday radio program afforded upcoming rappers the opportunity to battle it out on radio and a winner chosen to move to the next round.

With Dr. Duncan as host, some of the rappers who were part of this rap battle were Sarkodie, Yaa Pono (now Ponobiom), Macho rapper and others.

After excelling on this program, Sarkodie was featured on the hit song “Keva”(U dey craze) by The Last Two music group Artiste, Ayigbe Edem (now Edem).

This also featured Ghana’s Artiste of the year 2008, Kwaw Kese.

After his exploits on “Keva”, many a Ghanaian started asking about Sarkodie and his unique style of fast rap.

But Sarkodie had done songs like Hustling before Keva and ‘Sark nation’ says these songs of their icon weren’t played on radio before Keva.

That cannot also be true because I’ve been working on radio in Kumasi since 2004 and radio stations like Radio Xtacy(DJ Slim, Lexis Bill and DJ Kaxtro) played such songs because they were a youth oriented radio station and had programs like “Hip Hop Avenue” where songs like Keva were played repeatedly.

The Private Party on LUV FM, which hard Winifred as host also played such songs and the DJ for that program, DJ Reuben was a young man then who had preference for hardcore rap music like “Hustling”.

Focus FM, which is KNUST’s on campus radio station, was the olden day Y FM and because of the many students from Accra and Tema, they brought songs from upcoming Artistes like Sarkodie and they were played on Focus FM because the students liked that kind of music.

I think if ‘Sark nation’ says mainstream radio didn’t play Sarkodie’s songs from his early years, they might have to consider which part of the country they found themselves because in Kumasi, his songs from early years, were played.

3. This particular assertion of social media being the forum that pushed him in the early years is very strange.

So Sarkodie should know songs like ‘Push’, ‘Borga Borga’ and ‘Baby’ from his early years, were made popular on radio not social media.

I must admit social media is now the biggest source of music promotion in Ghana not radio. But that was not the case in the early years when Sarkodie burst onto the scene.

To end, I think Sarkodie raised some pertinent issues we can discuss to improve the ever evolving Ghana Music industry, but as they say, FACTS ARE SACRED, COMMENTS ARE FREE and we cannot move forward and achieve best for the industry if misinformation and rewriting of history is allowed to germinate.