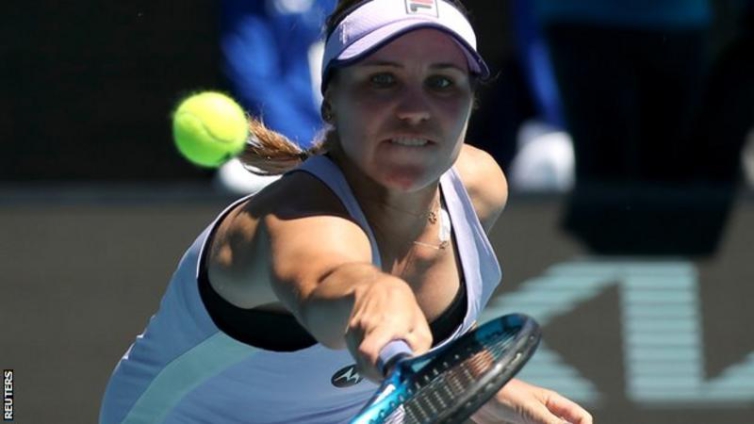 Sofia Kenin said she “couldn’t really handle the pressure” of being defending champion after being knocked out of the Australian Open by Kaia Kanepi.

“I felt like I couldn’t find my rhythm. I was way too nervous. I guess it’s the outside pressure,” said Kenin.

“I feel like everyone was always asking me, ‘Would you want to? Do you see yourself getting there and winning again?’ Obviously I said yes.

“I know I couldn’t really handle the pressure. I’m not used to this, so right now I just got to figure out how to play at that level that I played at.”

Kanepi will face Croatian 28th seed Donna Vekic in the third round.

Kenin, who acknowledged that she struggled to control her emotions during her first-round win, was nowhere near her best against Kanepi, making 22 unforced errors and failing to convert any of her seven break-point chances.

The big-hitting Kanepi beat Simona Halep at the 2018 US Open when the Romanian was world number one and has made an excellent start to 2021, reaching the final of last week’s Gippsland Trophy in Melbourne.

“I served really well, I think this helped a lot. My plan was to play aggressive as I usually do,” said Kanepi.

Meanwhile, world number one Ashleigh Barty overcame fellow Australian Daria Gavrilova 6-1 7-6 (9-7) to move into the next round.

Barty looked set for a routine win when she served for the match at 6-1 5-2, but Gavrilova broke twice to force a second-set tie-break.

The 24-year-old, who did not play for almost a year because of the coronavirus pandemic, saved set points before securing the victory.

Afterwards, Barty said the second set “was turning into a bit of a prickly pear” but she was “happy to bring it back around in the tie-break when I needed to and win some big points”. Next up for Barty is Russian 29th seed Ekaterina Alexandrova.

She was joined in the third round by sixth seed Karolina Pliskova, who saw off American Danielle Collins 7-5 6-2 and will now play fellow Czech Karolina Muchova.

DISCLAIMER: The Views, Comments, Opinions, Contributions and Statements made by Readers and Contributors on this platform do not necessarily represent the views or policy of Multimedia Group Limited.
Tags:
Ashleigh Barty
Australian Open
Sofia Kenin