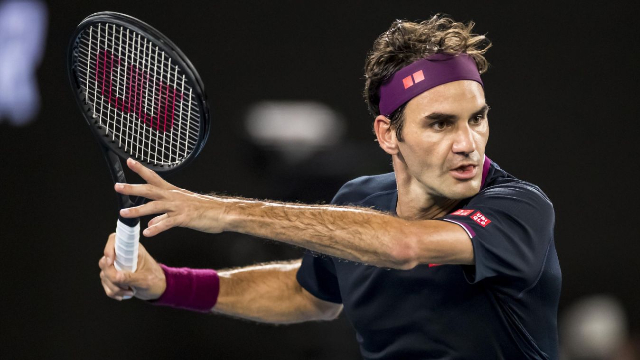 Roger Federer made it 99 victories at the Australian Open when beating world No 41 Filip Krajinovic in straight sets to reach the third round.

The six-time champion in Melbourne proved too strong for the Serbian, winning 6-1 6-4 6-1 in 92 minutes on the Rod Laver Arena.

So often the fans’ favourite, Federer will play to a divided audience in his next match against Australian John Millman, who delighted the home crowd with a straight-sets win over 31st seed Hubert Hurkacz earlier on Wednesday.

Krajinovic reportedly spoke with fellow Serb, and regular conqueror of Federer, Novak Djokovic on the eve of the contest.

The world number two said about their discussion: “Krajinovic is a very talented player. It depends how well Roger starts,” as per the Express. “It can be a long one. It can be a short one.”

It looked set to prove the latter. Blink and you could have missed the first set, with Federer going 5-0 up in 15 minutes before Krajinovic got on the board to avoid the bagel.

Federer took the set a game later, and swiftly broke in the second set to take control of the match.

However, 27-year-old Krajinovic – who reached the third round at the Australian and French Open last year – broke back to bring the second set level at 4-4.

A misplaced volley saw Krajinovic drop the very next game, and Federer made no such errors when serving it out for the second set.

As he had done in the first two sets, Federer broke straight away in the third, and the match did not last much longer after Krajinovic sought a medical timeout on his right arm. Federer reeling off four games on the spin to advance in style.

DISCLAIMER: The Views, Comments, Opinions, Contributions and Statements made by Readers and Contributors on this platform do not necessarily represent the views or policy of Multimedia Group Limited.
Tags:
Australian Open
Roger Federer