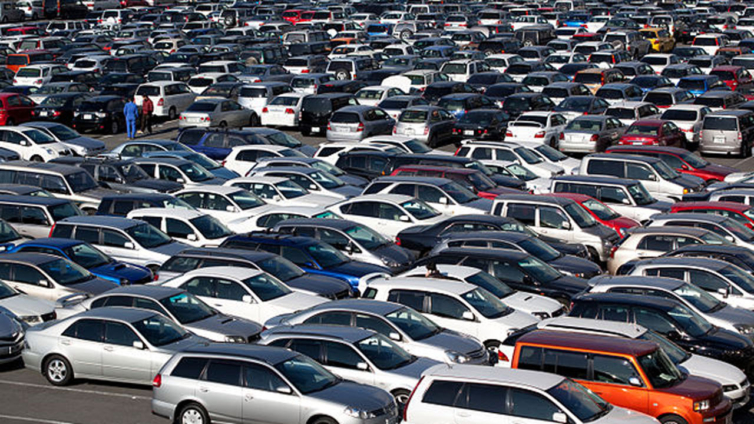 Automobile companies in the country believe the implementation of the Customs Amendment Bill which seeks to stop the importation of salvaged vehicles is a good step in the right direction that will boost the local automobile market.

They made these comments on the sidelines at the launch of the new Nissan Patrol vehicle held at Kempenski Gold Coast Hotel in Accra.

Regional Manager of Japan Motors West Africa, Imad Gorayeb said the bill will protect Ghanaian automobile dealers and reduce gory accidents on the roads as well as environmental pollution. He’s however optimistic that next year will be good for business as his outfit is recuperating fast from the covid-19 pandemic.

“It’s for the safety, the better safety of the Ghanaian people. We’ll no more see those terrible accidents on the roads where we have casualties, people losing their lives, better for the pollution of the country, better for the economy of the country. Why should we be receiving the thrown away of other places,” he queried.

Managing Director of Japan Motors, Salem Kalmoni also agrees that the Customs Amendment Bill is to the benefit of all Ghanaians.

“The ban of salvaged cars is for the benefit of the motor consumer and the Ghanaian consumer. From reading from the press, the government is bringing its own definition of what is salvaged and what is not salvaged; it will not be what the US will term as salvaged but what here terms as salvaged. And it’s important that we drive road worthy cars,” he said.

About import tax, Mr. Kalmoni revealed that the initial stages of the implementation of UNIPASS caused a few challenges for his outfit but things are normal now.

“At this moment there hasn’t been a change in duties and taxes. So, it the same as it was before. There was a challenge when the new system came in force. UNIPASS presented a challenge during the first month, but since then, we’ve been through the learning curve and things are normal now,” he added.

The Nissan Patrol is a niche vehicle limited in number for a targeted market.

As a pure auto lover and a proud customer of Japan Motors, the CEO of Ghana Chamber of Bulk Oil Distributors, Senyo Hosi expressed his excitement at the new Nissan Patrol.

“The comfort, if you really want to test, take a land cruiser, try and drive fast over a ramp and you’ll see how the back will shake, try that with the patrol it’s as if you went on a smooth surface. That’s the power of the patrol,” he explained.