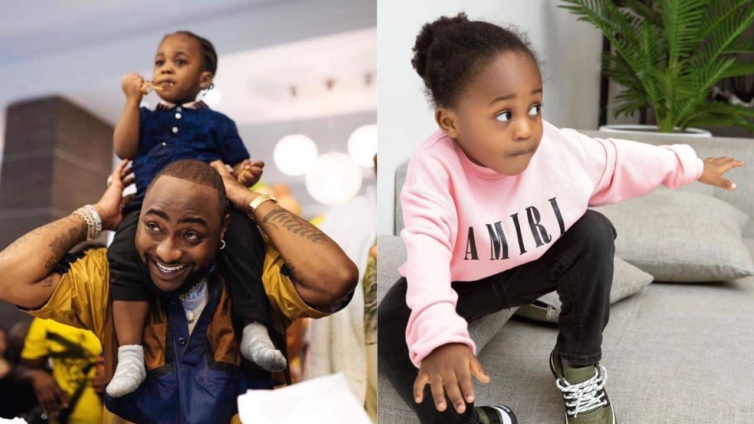 While investigations into the death of Ifeanyi Adeleke, son of famous singer, Davido, are still ongoing, the police in Lagos have released six arrested suspects while detaining two.

According to early reports, the three-year-old allegedly drowned in his father’s swimming pool in Banana Island, Lagos and was underwater for an unspecified period before he was spotted.

Following the tragic incident, on Tuesday, the police detained eight domestic staff of the singer for questioning, including the late Ifeanyi’s nanny and cook.

The police sources said they were not officially arrested but were questioned on the charge of criminal negligence.

A high-ranking police officer following the case closely on Wednesday gave Premium Times an update on the ongoing investigation.

According to the officer, six of the eight individuals arrested in connection to the case have been released, and two are still with the police.

The two, he said, are assisting the police to shed light on the investigation. The two persons are his nanny and cook.

The officer said that “this is an ongoing investigation, so I can’t say much about the case.

However, I can tell you that we have released six suspects and are still holding on to two; the nanny and one other person.”

He noted they were the ones that had seen him last. He also stated that an autopsy is the next step in the investigation.

“Next, we will conduct an autopsy to determine the cause of death. This would further aid our investigation,” he added.

Friends and fans of the singer and his fiance, Chioma Rowland, also known as Chef Chi, were shocked Monday night when news of the demise of the late Ifeanyi broke.

So far, Davido and Chef Chi have been off social media as they deal with the sad occurrence.

The Instagram was created by his parents when he turned three on October 20. The account boasted almost 80,000 followers.

According to reports, the late Ifeanyi was underwater for an unspecified period before he was spotted.

He was said to have been rushed to a hospital, where he was confirmed dead.

The sad news of the singer’s son’s death broke on social media late Monday after actress Eniola Badmus posted it on her Instagram. She, subsequently, deleted the post.

In a telephone call with PREMIUM TIMES on Tuesday morning, The police spokesperson in Lagos, Benjamin Hundeyi, said some of the singer’s aides and staff had been arrested.

He said, “Eight of them (workers) have been brought in for questioning.”

He did not disclose the location because he feared people might besiege the station.

The late Ifeanyi was the first son of singer, Davido and his lover, Chioma. He is also Davido’s third child, as the singer has three other children, Imade, Hailey and Davidson, from three different women.

He was born on 20 October 2019, in London, United Kingdom. His third birthday was celebrated two weeks amidst fanfare, before his demise.

DISCLAIMER: The Views, Comments, Opinions, Contributions and Statements made by Readers and Contributors on this platform do not necessarily represent the views or policy of Multimedia Group Limited.
Tags:
Davido
Ifeanyi Adeleke