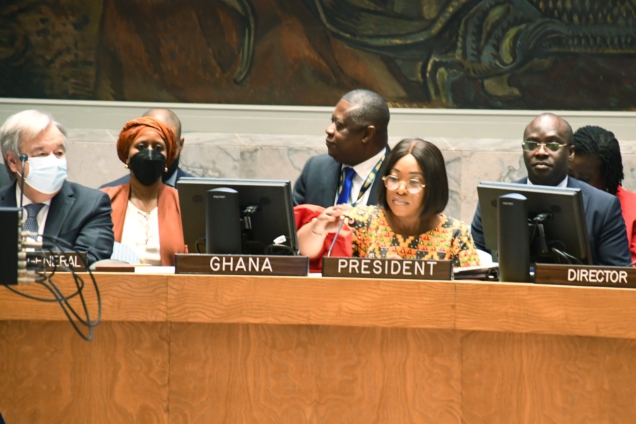 The Foreign Affairs Minister, Shirley Ayorkor Botchwey, has proposed six measures for the transformation of the Commonwealth to enable it serve rich and poorer members equally, according to information made available to the GNA on Tuesday.

They include policies that would facilitate trade and investment; regulate, yet make the flow of labour within commonwealth countries easier; and lead to greater investment in education, skills-training, innovation and entrepreneurship for young people.

Ms. Botchwey was speaking at the British foreign relations think tank Chatham House in London last week on the theme: “The Commonwealth in a Changing World.”

Ms. Botchwey listed the other measures needed to revitalize the commonwealth as climate adaptation, paying particular attention to small states, and boosting the human and financial resources of the Commonwealth institution itself.

Ms Botchwey told her audience: “Our citizens watch as we struggle with policies to raise growth in isolation through austerity and high taxes.

“The pie is simply not capable of feeding everyone unless consumer-based market expansion considers the potential of our 2.5 billion population, 60 percent of whom are 30 years old or younger,” she said.

The Commonwealth comprises 56 countries from five regions, including some of the world’s largest and wealthiest, such as Australia and Canada, as well as the smallest, among them Tonga and St. Kitts and Nevis.

Ms. Botchwey said, considering the size of its population, demographic and political profiles, as well as its wealth and economic potential, the Commonwealth should be the second most consequential organisation of states globally.

“But the question we must ask ourselves is whether it is,” she asked rhetorically.

Ms. Botchwey proposed an industrialization and economic diversification strategy linked to Regional Integration Agreements and Economic Partnership Agreements within and beyond the Commonwealth.

That, she said, would be “a guarantee against the stagnation that is widespread across our countries.”

She advocated for a Commonwealth-wide mobility agreement to help redress labour and skills-demand through “safe, orderly and regulated migration.”

Additionally, what Ms. Botchwey called “a common Commonwealth market” would allow work and services to be exchanged without relocation of workers across borders as well as have young people trained wherever they lived in the Commonwealth.

DISCLAIMER: The Views, Comments, Opinions, Contributions and Statements made by Readers and Contributors on this platform do not necessarily represent the views or policy of Multimedia Group Limited.
Tags:
Commonwealth
Shirley Ayorkor Botchwey