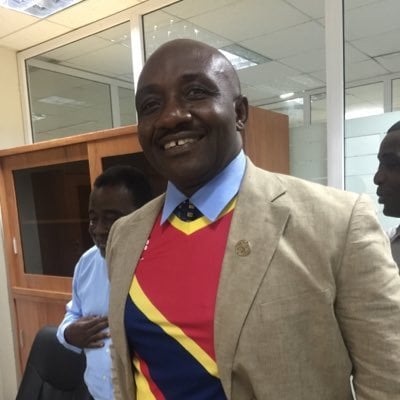 Ashanti Gold SC and Inter Allies FC should be banned if they are found culpable in a match-fixing scandal that has rocked Ghana football, says Frank Nelson, a board member of Accra Hearts of Oak SC.

The two premier league clubs, Ashanti Gold and demoted Inter Allies are alleged to have played a match of convenience in the final league match of the season which the miners won by 7-0.

Substitute Hashim Musah of Inter Allies deliberately scored an incredible two own goals to take the tally to 7-0 in the most shocking manner which has ignited outrage in Ghana.

The Ghana Football Association has tasked its Compliance & Integrity Officer and the GFA prosecutors to take action to unravel the truth behind the match outcome.

A complaint has also been lodged with the Criminal Investigation Department (CID) of the Ghana Police Service on the matter.

Frank Nelson is urging the FA to issue severe sanctions against the clubs involved if found guilty.

“If the clubs that are involved thus Ashgold and Inter Allies, are in football betting and you ask me to prescribe a punishment, I will have done it immediately because I don’t want to see both clubs on the field of play. If both clubs really planned to do this, they should be out of Ghana football completely”.

“If I am in a position and I’m really convinced that this was something they executed genuinely I don’t think I’ll give them a punishment that will be less than five years,” Frank Nelson added.

Meanwhile, the former executive committee member of GFA says he is optimistic the current football leadership under Kurt Okraku will deal with the issue decisively.

“The Kurt I know I don’t think he will hear this and then sleep over it. I know he will do everything humanely possible to make sure this case is stamped out because this brings a lot of damage to him. He is the president of the Ghana Football Association so he must be able to say whoever is found guilty in this case the FA will deal with him.

“We don’t need to look behind you and say he’s my brother or is Mr A so no. We must be able to save Ghana football because if we cannot save it at this period then the worse is going to come,” said Frank Nelson.