Banks are on brink of insolvency, over $1b needed for financial sector clean-up – Bright Simons 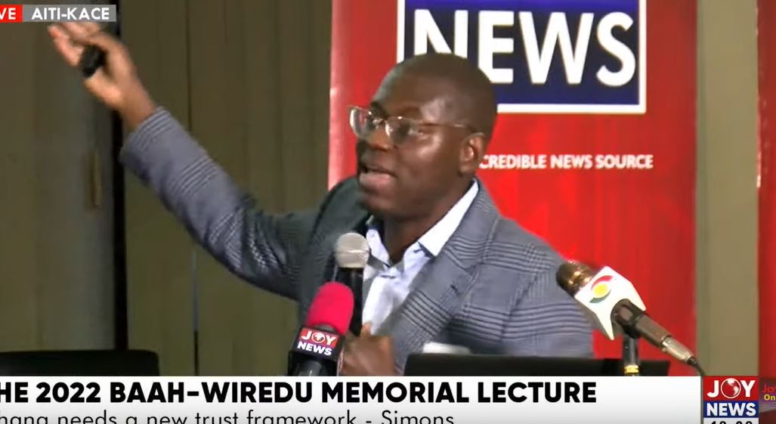 Vice President of IMANI Africa, Bright Simons has painted a bleak picture about the state of Ghanaian banks as the country’s fiscal system is in distress.

Speaking at the 2022 Baah-Wiredu Memorial Lecture on Thursday, Bright Simons noted that some banks are on the verge of insolvency due to the government’s inability to protect the country’s fiscal space.

He explained that the situation as it is will cause “catastrophic problems” for the economy and the government will need more than its projected $ 1 billion for a financial sector clean-up.

“We had a run on one or two banks because they keep failing clearing and the word goes out that they are failing clearing and because of that people start to pull out their monies, we are seeing that in the investment side…we know that the $1billion that the Governor says it is waiting for is not enough,” he said.

He added that asset quality reviews done on some banks revealed their distressing positions and urged the government to tread cautiously in dealing with the matter.

“When we do an asset quality review, things that were hidden pop up. Do you remember those days when they announce profits, a large amount and they were winning awards and all of a sudden we did an asset quality review and things started to become frightening…I think that the government has to be extremely careful,” he noted.

The government has since 2018 spent about GH₵25billion on the banking sector clean-up to save the deposits of customers.

DISCLAIMER: The Views, Comments, Opinions, Contributions and Statements made by Readers and Contributors on this platform do not necessarily represent the views or policy of Multimedia Group Limited.
Tags:
Bright Simons
Financial Sector Clean-up
IMANI Africa