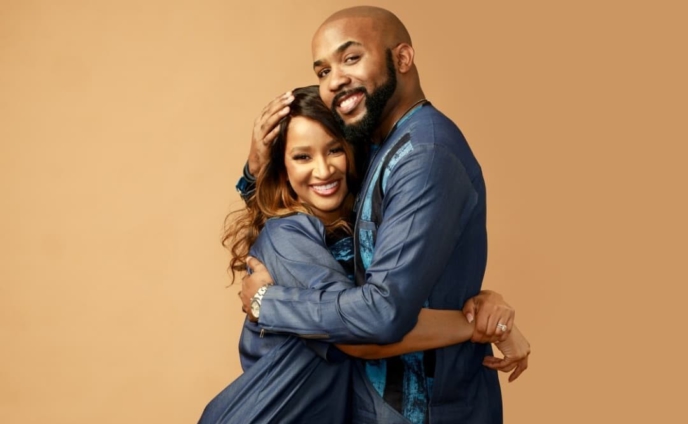 Musician turned politician Banky W and his wife, Adesua Etomi-Wellington, have finally revealed the face of their son Hazaiah.

Taking to Instagram, the couple shared photos of their son all dressed up in a blue three-piece agbada matching with his mum. In other pictures, he was seen in a suit.

“My baby had our baby and he’s everything we prayed for…Hazaiah Olusegun “Champ” Wellington. God is good. Thank you Jesus. The End. 🥰😍😊❤😁,” Banky W wrote.

In her post, Adesua Etomi noted that their son is everything they prayed for to have.

She wrote, “Banky Wellington and I did a collabo and he is Perfect. My happy baby😍😍😍😍

Everything we prayed for….and then some…Online aunties and uncles, meet your nephew. He’s hailing you in the 3rd photo 🤣😊❤️. Ps, it’s not his birthday. His birthday was in January. ❤️.”

The pair tied the knot at a decorated wedding ceremony in 2017. In February 2021, the couple revealed that they had welcomed a baby in January that year.

Following their announcement, they opened up about their struggle to parenthood.

In April 2021, Adesua Etomi-Wellington revealed that she was once pregnant with twins but unfortunately, suffered a miscarriage.

In the same month, Banky W revealed that he and his wife, actress Adesua Etomi, had once considered surrogacy after they had three failed IVF.

In a ‘tell it all’ interview, the singer stated that he and his wife had a tough time conceiving thus they thought surrogacy would be their best bet to getting a child.

He said that while going through that process, many people on social media were mocking them for failing to produce a child after a few years of marriage.