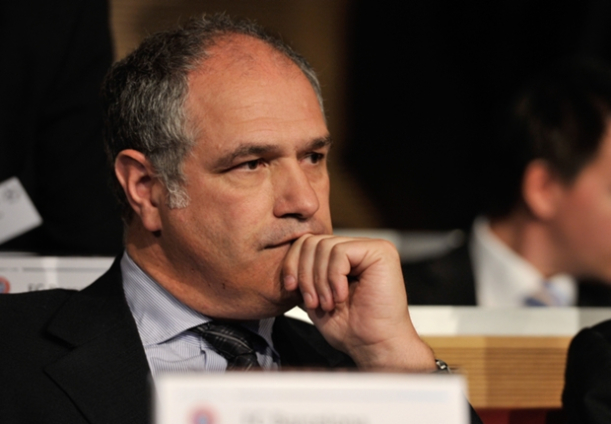 Barcelona have terminated the contract of sporting director Andoni Zubizarreta, the Catalan club announced on Monday.

Zubizarreta took up the role in 2010 as Sandro Rosell succeeded Joan Laporta as president, but was an unpopular figure among many of the fans following the side's troubles in the transfer market in recent years.

"The president of FC Barcelona, Josep Maria Bartomeu, has decided to rescind the contract of sporting director Andoni Zubizarreta," the Blaugrana announced in a statement on Monday.

"The president, in the name of the club, would like to thank Andoni Zubizarreta for his contribution, dedication and professionalism in these four years as sporting director."

Zubizarreta played for Barca between 1986 and 1994, appearing more than 400 times for the Catalan club.