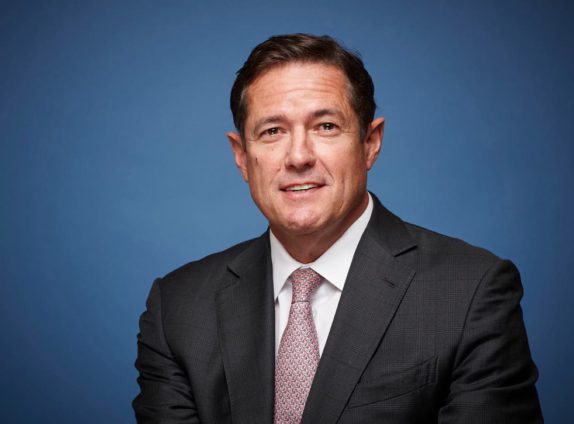 The City watchdog and Bank of England have been investigating if Mr Staley’s relationship to the dead financier was closer than first thought.

Barclays said it had been made aware of the conclusions of the probe and “Mr Staley’s intention to contest them”.

Regulators began investigating after getting a cache of emails between the men from Mr Staley’s former employer.

Before joining Barclays the married father-of-two was an executive at US bank JP Morgan, where Epstein, who committed suicide in 2019 while in prison, was already a client.

Over many years Epstein, who was convicted of trafficking a minor for prostitution in 2008 and served 13 months in custody, had formed a network of links with the rich and powerful.

Although Mr Staley, 63, has characterised the relationship as professional, with contact starting to “taper off” from about 2013, regulators looked into whether the emails pointed to a friendlier connection.

Mr Staley had already admitted he maintained contact with Epstein for about seven years after his 2008 conviction. And it is also known Mr Staley visited a retreat owned by Epstein in the US Virgin Islands in 2015, months before taking the top job at Barclays.

Mr Staley said last year: “Obviously I thought I knew him well and I didn’t. For sure, with hindsight with what we know now, I deeply regret having any relationship with Jeffrey.”

Barclays said in a announcement on Monday that it was “made aware on Friday evening of the preliminary conclusions from the FCA and the PRA of their investigation into Mr Staley’s characterisation to Barclays of his relationship with the late Mr Jeffrey Epstein and the subsequent description of that relationship in Barclays’ response to the FCA.

“In view of those conclusions, and Mr Staley’s intention to contest them, the board and Mr Staley have agreed that he will step down.

“It should be noted that the investigation makes no findings that Mr Staley saw, or was aware of, any of Epstein’s alleged crimes, which was the central question underpinning Barclays’ support for Mr Staley following the arrest of Mr Epstein in the summer of 2019.”

The bank praised Mr Staley’s success at the bank, but added that “the regulatory process had still to run its full course and it was not appropriate for Barclays to comment further on the preliminary conclusions”.

The Financial Conduct Authority (FCA) and the Bank of England’s Prudential Regulation Authority (PRA) announced an investigation last year into Mr Staley’s “characterisation to the company of his relationship” with Epstein.

Barclays said last year that following Epstein’s death in 2019, Mr Staley had “volunteered and gave to certain executives, and the chairman, an explanation of his relationship with Mr Epstein”.

In 2018 he was fined £642,430 by the FCA and PRA for trying to unmask a whistleblower who had raised concerns about a senior executive appointment at the bank’s US operation. Many commentators thought the chief executive was lucky to stay in his job.

Mr Staley will be replaced as chief executive by Mr C.S. Venkatakrishnan, known as Venkat, subject to regulatory approval.

The board said Venkat had been identified as its preferred candidate for the role over a year ago.

In a statement, the FCA and PRA said they “do not comment on ongoing investigations or regulatory proceedings beyond confirming the regulatory actions as detailed in the firm’s announcement”.

DISCLAIMER: The Views, Comments, Opinions, Contributions and Statements made by Readers and Contributors on this platform do not necessarily represent the views or policy of Multimedia Group Limited.
Tags:
Barclays
Jes Staley