Bawumia, others to grace 25th anniversary of launch of Tropical Cables and Conductor Limited - MyJoyOnline.com

Bawumia, others to grace 25th anniversary of launch of Tropical Cables and Conductor Limited 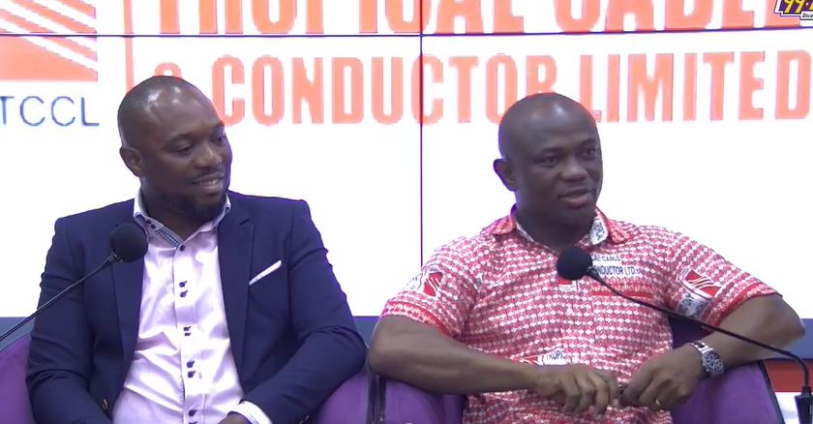 The leading electrical cable manufacturer in Ghana and West Africa, Tropical Cable and Conductor Limited (TCCL) is set to launch its 25th anniversary.

The event which is set to come off on Wednesday, June 22, will have state dignitaries including Vice President, Dr. Mahamudu Bawumia, in attendance.

“The Energy Minister, Matthew Opoku Prempeh, Deputy Trade and Industry Minister, Michael Okyere Baafi, have all agreed to grace the occasion considering the impact we have had in the country,” Human Resource & Administration Manager, Andy Mensah said on Tuesday.

Speaking on the Super Morning Show about the event, he noted that the event is not only to mark 25 years of innovation and manufacturing excellence in the country and beyond, but also to reward its loyal customers and staff.

He said the launch will be accompanied by other activities, including a tree planting exercise and other community events.

“There will also be programmes for staff to appreciate them for the job they have done to keep us in business for 25 years and there will be a loyalty promo for our customers who would also partake and be rewarded at the end of the anniversary,” he added.

In line with the theme for the occasion: ’25 Years of Impacting Ghana: New Ideas, New Products, New Markets,’ Tropical cables will introduce a new product “as a gift to Ghanaians,” Mr. Mensah said.

TCCL is a world class Ghanaian company which has, over the years, grown its production capacity to handle over 8,000 tonnes of Aluminum, Copper, and PVC annually.

Unique in its sector, they always ensure their cables are flame radiant, low smoke and lead-free, and support the maintenance of uninterrupted and reliable delivery of power to industry and the built environment.

It is also the only cable manufacturer that has invested in a polyvinyl chloride (PVC) compounding plant which, in addition to supplying its manufacturing process, also sells to other cable manufacturers in Ghana and the rest of Africa.

It is West Africa’s only manufacturer of aluminum rod, which it also exports.

This homegrown success story has been built on a single-minded focus on excellence and a vision that looks beyond the current generation.