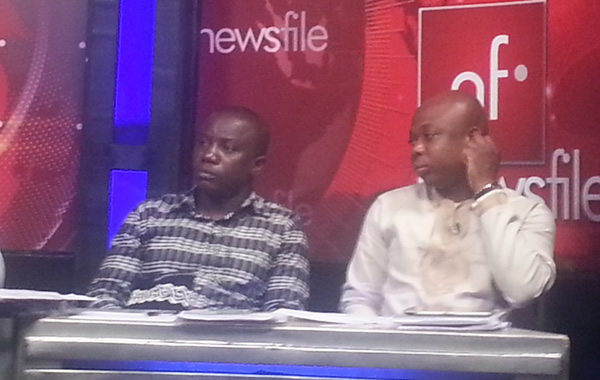 The Deputy Minority leader in Parliament says government must begin the process for possible confiscation of properties owned by the arrested cocaine dealer, Nayele Ametefeh.

Dominic Nitiwul says the government can do that by collaborating with the UK authorities.

Speaking on Joy FM's news analysis programme Newsfile, the Bimbilla MP said given the nature of the network involved in the illicit trade, steps must be taken to secure her phone records to know who she has been in contact with, prior to her arrest.

Nayele Ametefeh, also known as Ruby Adu Gyamfi, was arrested in the UK on November 10, 2014 for carrying 12.5kg of cocaine.

She had breached Ghana's aviation security, together with two accomplices who were assisted by three para-state officials to use the VIP lounge at the Kotoka Interntional Airport (KIA).

Nayele had since pleaded guilty to the offence and has even prayed the UK court for a quick sentence.

Discussing the matter on Newsfile, Dominic Nitiwul said contrary to assertions by government spokespersons, the suspects used both the VVIP and the VIP before they boarded the British Airways flight.

By law, persons convicted for various drugs offences usually have some of their properties confiscated and Nitiwul believes government must take steps to go in that direction.

But in a quick response, Deputy Interior Minister James Agalga, who was also on the show, said government cannot confiscate properties of suspects unless it can prove that the properties were acquired through the drugs trade.

What the security agencies have done is to raid the residence of the suspect as well as her accomplices, he explained.

"The security went to the various homes, carried out searches even in a hotel close to one of the accomplices and arrested some suspects," he indicated.